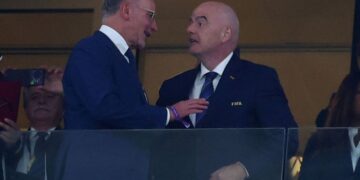 Rummenigge calls for ‘heart and soul’ to return to national team

Rummenigge calls for ‘heart and soul’ to return to national team 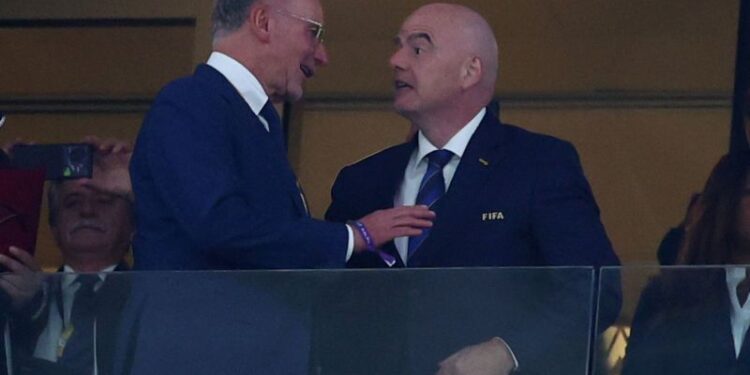 Former Germany forward and Bayern Munich CEO Karl-Heinz Rummenigge has called for humility but also more passion in order to make the team successful again at the Euro 2024 home tournament and beyond.

Rummenigge told dpa in an interview on Wednesday that this will be the main tasks of a new advisory board at the governing body DFB which was set up after a second World Cup group stage exit in a row in Qatar and will go to work immediately from Thursday onwards.

Rummenigge is part of the panel alongside other former Germany players Rudi Völler, Matthias Sammer and Oliver Kahn as well as Oliver Mintzlaff.

Presided over the DFB president Bernd Neuendorf and vice-president Hans-Joachim Watzke, the advisory board is to look into the future of the national team, and to decide on a successor for Oliver Bierhoff who resigned as national team director last week, or whether this position within the DFB needs to undergo changes.

“We have to set an agenda and then work through the things that are expected of the task force,” Rummenigge said.

“The primary contribution must be that we turn the screws so that we are successful again. It is important that the Bundesliga and the national team – and the DFB – close ranks. We have to stand together loyally for the good of German football. There is no more time for egotism.”

Rummenigge said he agreed with the decision that Hansi Flick will continue as coach despite the meltdown in Qatar, naming the former Bayern helmsman “highly qualified” and “the right person to manage this new start.”

He said Germany should look beyond its borders at countries like Croatia or Portugal which despite their smaller size and pupolation consistantly raise new talent, and in Qatar reached the semi-finals and quarter-finals, respectively.

Rummenigge is still in Qatar for the final week of the World Cup, and said that there is still a lot of respect for the four-time world champions despite another early exit.

“Better times will come agains, if we work wisely, well and with concentration now,” Rummenigge said, adding that the team had more potential than the group stage indicated.

Rummenigge named the 2024 Euros on home ground the next big goal as they start in just 18 months time.

He said Germans should no longer declare itself title contenders before big events and should learn from the likes of semi-finalists Morocco and finalists Argentina in order to reconcile the team and the critical fans in the country.

“We have to play football with humility. And we have to put our heart and soul into it again,” he said.

“Look at the Moroccans. It will be important for the players and the coaching team to work in that direction. Here, thousands of Argentinians are walking around Doha wearing the [Lionel] Messi jersey.

“We have to find our way back to unity in Germany. We have to get back to a situation in our country, like at the 2006 World Cup, where people are once again happy with the national team, identify with it, wear the jersey with joy again.