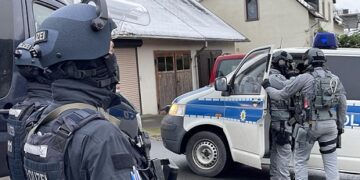 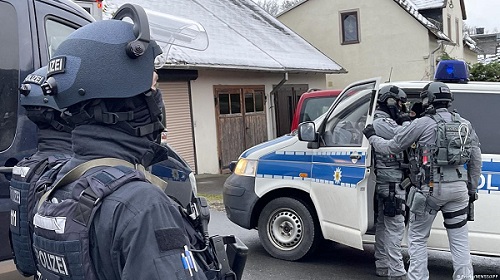 ADVERTISEMENT
German authorities carried out large-scale raids across the country on Wednesday against members of a Lebanese crime family.

More than 50 suspects are accused of embezzlement, fraud in relation to coronavirus aid and other offences. Several arrest warrants were to be executed.

Raids took place in Berlin, Solingen, Dortmund and Bochum, as well as other locations.

The Al-Zein family – referred to by German authorities and media as a “clan” – has thousands of members in Germany and other European countries.

Members of the family are currently on trial in Dusseldorf. A few days ago, the public prosecutor demanded a prison sentence of six years for the clan leader. Sentencing is expected on December 22.

Police have been taking targeted action against crime families for several years. Since the start of the operation, more than 2,000 raids hav been conducted and 3,200 criminal charges have been filed.

German police use the term “clan crime” to describe a “crime that develops out of ethnically segregated subcultures.”