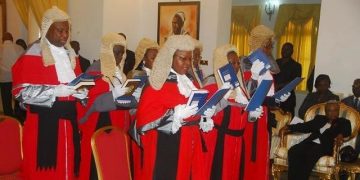 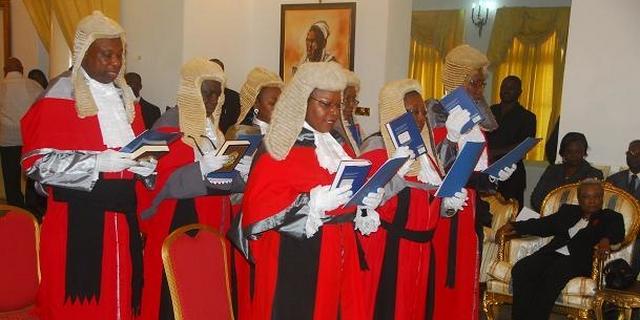 The Association of Magistrates and Judges of Ghana (AMJG) has debunked and described as “false” and “malicious” claims that the apex Court justices are paid ex-gratia.

Just recently, Article 71 office holders have come under public criticism and scrutiny following the refund of ex-gratia payments by Togbe Afede XIV, who had served as a council of state members.

Legal brains of the bench especially justices of the Supreme Court, the Court of Appeal and the High Court have all been tagged to be beneficiaries every four years of receiving ex-gratia.

But, the AMJG with the help of its president Justice Henry Anthony Kwofie, a Justice of the Court of Appeal, indicates, Judges are not “paid ex-gratia every four years.”

“The Association of Magistrates and Judges of Ghana (AMJG) has followed the discussions on the payment of Ex-Gratia to some Article 71 office holders and has noted with dismay the false and malicious allegation that judges of the Superior Courts (Supreme Court, Court of Appeal and High Court Judges) are paid ex-gratia at the end of every four (4) years.

“The AMJG would like to state without any equivocation, whatsoever that, that allegation is false and baseless,” he noted.

The Association undoubtedly set the records straight. Read below

a. That, the salaries of Superior Court Judges ie. (Supreme Court Judges, Court of Appeal Judges and High Court Judges) are determined once every four (4) years by His Excellency the President on the recommendation of a Committee appointed by the President under Article 71(1) of the Constitution 1992.

b. That, if increases are effected in the salary as a result of the recommendations of the Committee, the judges are then paid arrears of salary commonly called Back pay arising from the back-dating of the salary increase.

c. These arrears of salary or back pay are accordingly paid inalumpsum or installment. This has been the situation since 1996.

d) It is these arrears of salary or back pay which is mischievously being described as ex-gratia in the press particularly on radio, television, and on social media platforms by some seasoned journalists and so-called social commentators who never attempted to look for the truth.

The Association has therefore stated, “categorically that no Superior Court Judge is or has ever been paid ex-gratia every four years as being wrongly stated in the media.”