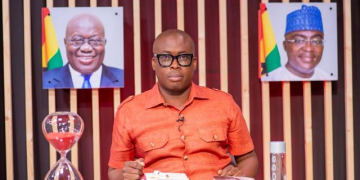 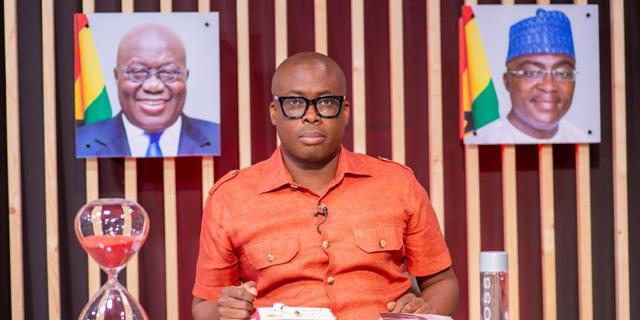 Rumors from the ruling NPP are that the Metro TV’s Good Evening Ghana host, Paul Adom-Otchere is eyeing the position of the New Patriotic Party’s Communication Director, Yaw Boabeng Asamoah.

Ghanaian social media users are also saying the journalist’s recent approaches to running his show and practices of his new style of journalism have exposed his intention to wrestle the NPP Communication Director slot from Mr. Buabeng Asamoah.

Some NPP supporters who spoke to Awake News also admitted that Mr. Adom-Otchere, per his attack on people who criticized the Nana Akufo-Addo government, is a clear indication that he is indeed eyeing the position adding that he could do a better job for the NPP than the defeated Adentan MP.

But some Ghanaians think that Adom-Otchere has displayed mendacity and sycophancy in defending the interest and image of the government through the usage of his platform and hence not fit for that job.

They noted that the impunity with which he has gone to every length to bring down any individual or politician who dare criticize or say anything that seek to exposed any form of corruption in Akufo Addo’s government leaves much to be desired.

According to them, his action is a ploy to win the support and favour of the NPP bigwigs, his paymasters, and the delegates.

Paul Adom-Otchere’s unrestrained rant on his show dubbed “Editorial” has seen him clash with a number of people including the Chief Editor of The Fouth Estate, Journalist Manassa Azure, and other media practitioners who tend to criticize the Akufo Addo-led administration which many think has failed Ghanaians with the latest being the Agbogbomefia of the Asogli State, Togbe Afede XIV.

Over 50 top members of the governing New Patriotic Party (NPP) would be vying for national leadership positions within the party as the Party is preparing to elect its national executives in the next few months.

Prominent among them are Stephen Asamoah Boateng, Stephen Ntim, Professor Ameyaw Ekumfi, among others.