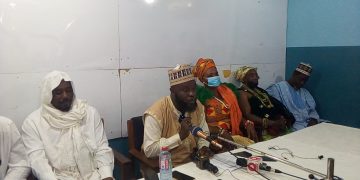 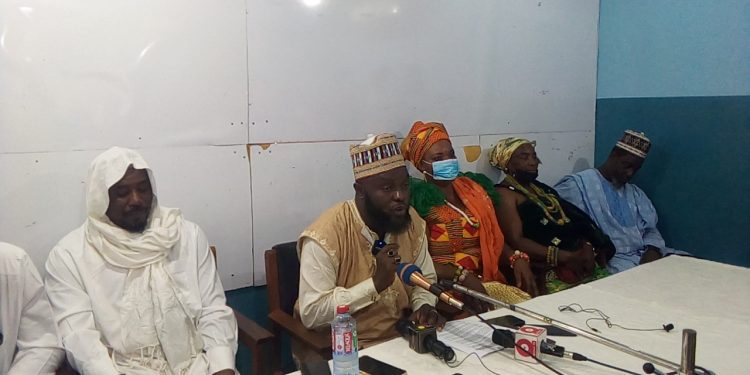 The Concerned Imams and Chiefs for Peace have expressed their displeasure over falsehood being peddled about the Chairman of the Hajj Board Sheikh I.C Quaye in an attempt to get him removed as the Hajj Board Chairman.

The two bodies made this known in response to a call by the Patriotic Muslim Front on June 9th 2022 for the removal of the Hajj Board Chairman.

The Clerics and Chiefs from the various Zongo Communities described the call as selfish, tribalistic and political.

According to them, calling for the removal of Sheikh I.C Quaye alone over the increase in this year’s Hajj fare and not the dissolution of the entire Board exposes the tribal card being played against the Board Chairman.

Touching on the age limit, the Clerics stated that there are other
members of the Board who are more than 65 years adding that even though Sheikh I. C. Quaye is 86 years old he led Ghana’s delegation to the annual Hajj Conference in the Kingdom of Saudi Arabia as recently as May 2022.

They said the Ministry of Hajj in the Kingdom of Saudi Arabia would have told him in the face that he doesn’t qualify to lead Ghanaian pilgrims for
this year’s Hajj.

On Sheikh I.C Quaye’s eligibility to chair the Hajj Board, the Clerics revealed that leadership at all levels in Islam is based on competence and not tribalism or political patronage.

Sheikh I. C. Quaye they said is a Muslim by birth and has been a leading member of Islam since his days in the Secondary School adding that the title “SHEIKH” was conferred on him by the Muslim World League over 30 years ago.

According to them he was appointed a member of the Supreme Council of the Muslim World League, a policy making body of Muslims the world over.

The Concerned Imams and Chiefs further revealed that during the tenure of the Former President, His Excellency John Agyekum Kufuor, Sheikh I. C. Quaye was approached to be the Chairman of the Hajj Board but he declined the offer.

They added that Sheikh I.C Quaye used his links to support the government of the day to pay the over One Million Dollar debts of the NDC Hajj Board.

According to them when the Board was constituted, he together with his Boardmembers ensured that the 452 fully paid pilgrims who could not perform the Hajj in 2016 under the Alhaji Tanko led Board performed the Hajj without paying a dime.

The Sheikh I.C Quaye led Board they said has been excellent in the running of Hajj for which reason Ghana was adjudged in 2018 as the best non Arab country to have organized the Hajj.

The Concerned Imams and Chiefs stated that the Hajj Board led by Sheikh I. C. Quaye is the first Hajj Board in the history of Ghana to have fed pilgrims in Madinah to Makkah to Mina, Arafat, Muzdalifah and back to Makkah adding that Ghanaian caterers are engaged to help in preparing nutritious local dishes for the pilgrims throughout their stay in the Kingdom of Saudi Arabia.

‘You could cross check this with Ghanaians who have had the opportunity to perform Hajj between 2017 and 2019’. The group stated.

They said Ghanaian pilgrims flew from the Tamale Airport and currently are in the Kingdom of Saudi Arabia enjoying the package of this year’s Hajj.

“Infact some of the people pushing for the removal of Sheikh I. C. Quaye worked with the Alhaji Tanko led Hajj Board that left about 452 fully paid pilgrims behind” they noted.

These pilgrims they stated that were given the opportunity to perform the Hajj under the Sheikh I. C. Quaye led Board.

“If they were really championing the interest of Islam and Ghanaian Muslim pilgrims, what did they do when these 452 fully paid pilgrims were left behind and their monies not accounted for?” they asked.