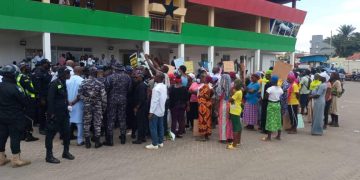 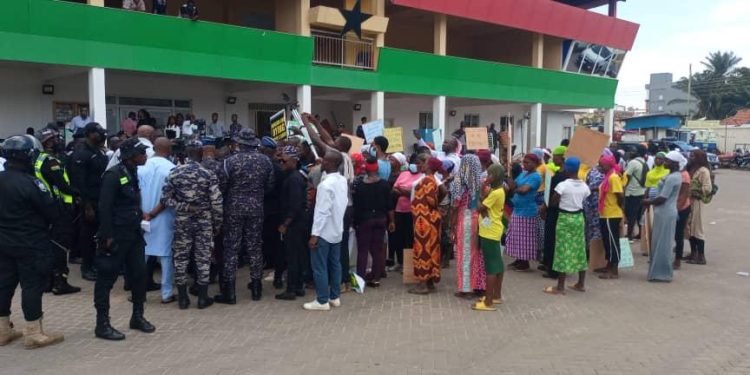 Muslim Groups Ghana has expressed their displeasure over how some individuals are playing the tribal card against the Hajj Board Chairman, Sheikh I.C Quaye with a staged demonstration.

The group described the actions of these individuals as tribalistic because he is a Ga and not from the Zongos or the Northern part of the country.

According to them, some masked members of the opposition parties in an attempt to sabotage and make Sheikh I.C Quaye and the NPP unpopular have rented the services of Kayayei (head porters) to stage the said demonstration for their selfish interest but it did not see the light of day.

The groups stated that the attempt to sabotage the good work of Chairman I.C Quaye was as a result of effective measures put in place to ensure stress-free and smooth Hajj operation which has silenced all doomsayers.

Muslim Groups Ghana commended the government and the Hajj Board Chairman, Sheikh IC Quaye for arriving at a reasonable fare of 39, 000 ghana cedis for the 2022 Hajj.

According to them, they are appreciative of the steps taken by the Akufo- Addo-led government to make the Hajj pilgrimage much easier, more comfortable, and affordable as compared to other countries.

In an interview with the National Coordinator of the group on whether or not the 2022 Hajj package will favor the would -be pilgrims he said despite the huge increments by the Saudi Authorities in charge of Hajj Affairs, the Board led by Sheikh I.C Quaye and the government were able to arrive at 39,000 Ghana cedis which to them is affordable.

He said a research conducted by Ghana Hajj Research over which price the Hajj board will announce for prospective pilgrims for this year’s Hajj emerged that what Ghanaian pilgrims are paying the lowest.

Alhaji Galaxy revealed that based on their findings the amount should have been much higher than
what the Board announced a few weeks ago, but the Board had been much more considerate to Ghanaian Muslims.

According to him, the current Hajj Board has encountered many challenges in reducing the country’s quota from 6,700 to. 3, 69 due to the covid-19 pandemic, taxations, and new policies which led to the increments of this year’s Hajj fees adding that transportation fare was increased by over 200%, accommodation charges have also been increased in Mina and Arafat as well as the introduction of VAT on all services.

These and many other reasons, he indicated have compelled the Hajj Board to increase the fare for this year’s pilgrimages.

He noted that compared to what others are paying in their countries, Ghanaian pilgrims are paying the lowest.

Alhaji Galaxy further revealed that some faceless groups are also planning to stage a demonstration against the Hajj Board chairman at this year’s fare despite the take-off of about two flights from Tamale airport.

He added that the groups will soon Issue a press statement to make the Board Chairman unpopular.

He called on the so-called groups to do a proper check and research before coming out to criticize the Hajj Board chairman and the government over this year’s package and wonder why people will play the tribal card with a holy institution like Hajj by sabotaging the chairman for their interest and their of their paymasters.

According to him, many Muslim Clerics from different sects and organizations have commended the Hajj Board for ensuring a successful Hajj operation during previous years.

According to the Clerics, Sheikh I.C Quaye is the only Hajj Board chairman who was able to airlift all the passengers to the kingdom of Saudi Arabia and fed the pilgrims three square meals each day, thereby reducing the burden on the pligrms.