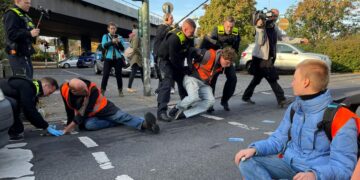 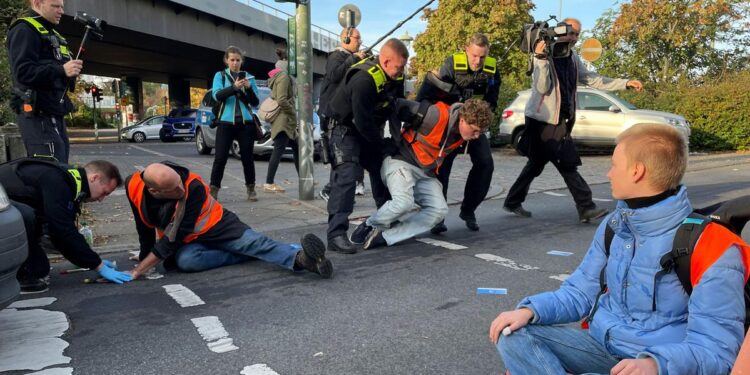 Climate activists in Germany staged a protest against the use of snow guns on ski slopes at a rally in Garmisch-Partenkirchen on Sunday, pointing to their impact on the environment.

Members of the Mountain Wilderness conservation group gathered at the valley station of the Hausberg cable car in the Garmisch Classic ski area, to draw attention to how much energy and water the snow-making equipment uses.

Originally, the activists wanted to write a big peace sign and a slogan on the ski slope using biodegradable paint, but this fell through after the technology failed to function amid the very cold weather.

The protesters managed to create a peace sign, but not add the words, “Save Energy.”

An organization spokesperson said that paint did not come out of the nozzles at temperatures of minus 16 degrees Celsius.

However, police broke up the rally, which drew some 10 people, saying it had not been registered.

They charged the organizers with a misdemeanour under the Assembly Act. They could face a fine of up to €3,000 ($3,170), a police spokesperson said.