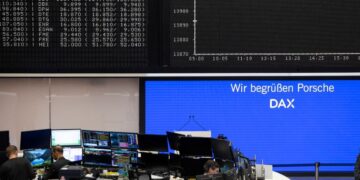 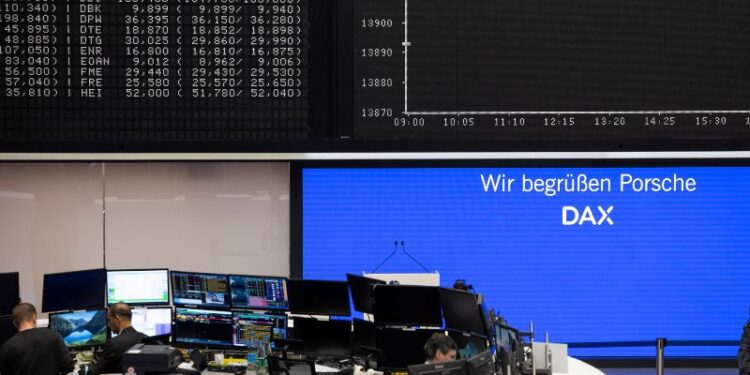 View of a display with the words "We welcome Porsche DAX" on the first day of its IPO. Photo: Hannes P Albert/dpa

Chief executive Oliver Blume said the entry into the DAX made the company “happy and proud,” and that it showed that investors around the world were convinced by the company’s business model. The DAX is made up of the top 40 German blue chip companies trading on the Frankfurt Stock Exchange.

The Volkswagen subsidiary, which is based in Stuttgart, went public at the end of September. After years of speculation and months of scrutiny, Volkswagen raised almost €9.4 billion ($9.95 billion) with the initial public offering.

This made it the largest offering in Germany since Telekom in 1996. The issue price was €82.50 per preference share, and the price had risen to €95.34 by Monday morning.

However, the symbolic ringing of the bell at the start of trading was delayed because the plane carrying the Porsche bosses could not take off because of bad weather. The stock exchange says it will now take place at lunchtime.