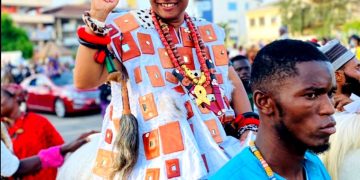 Sempe Akwashongtse Appeals To Muslim Philanthropists to Support their communities

Sempe Akwashongtse Appeals To Muslim Philanthropists to Support their communities 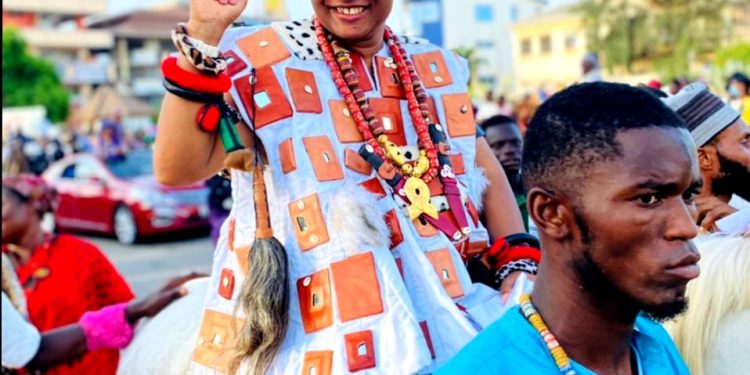 Nii Adotey Odaawulu I, the Sempe Muslim Akwashongtse a businessman, philanthropist and an influencial personality within the Muslim and the Ga communities has appealed to other philanthropists and businessmen to support and encourage the youth to undergo skill training.

The Sempe Muslim Akwashongtse made the appeal to Muslims during the Ei-dul Fitir celebration.
He said Muslim Communities in Ghana have many talented youth who are willing to do productive things for themselves and their communities but their ambition and talents have been shattered due to the lack of financial support and encouragement.

He said a little support will go a long way to develop the Muslim communities in diverse ways and bring a good name to all Muslims in the country.

The Sempe Muslim Akwashongtse, who doubles as the Sarkin Talba of Greater Accra Hausa Chief, Alhaji Kabiru English further appealed to other philanthropists and influential persons to make the education of needy but brilliant Muslim students their topmost priority by offering them support that will see them through their education.

This, he said will facilitate the production of Doctors, Nurses, lawyers, engineers among others. He noted that the Muslim Communities in particular and the nation as a whole will benefit from their support and they will forever be remembered.

The Sempe Muslim Akwashongtse, used the occasion to wish the National Chief Imam, Sheikh Osumanu Nuhu Sharubutu, all Muslims chiefs in the country and all Muslims around the globe Eid Kareem