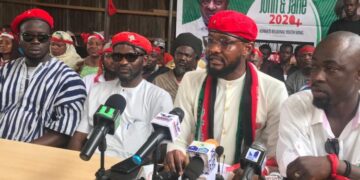 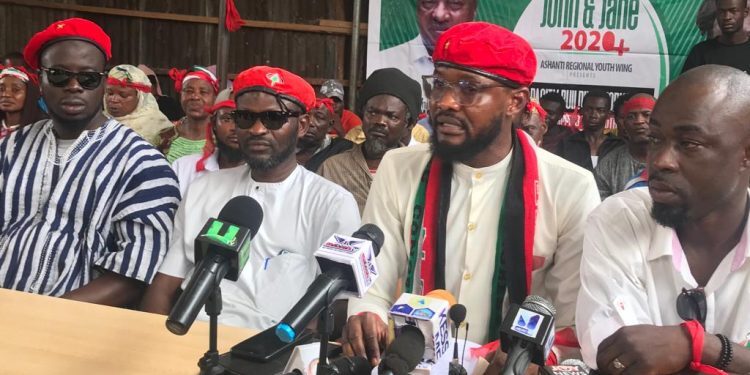 Some members of the National Democratic Congress (NDC) have called on the national leadership of the party to intervene and reconcile the Member of Parliament(MP) and some executives in the Asawase Constituency.

The youth indicated that there has been an unhealthy relationship between the Asawase MP, Muntaka Mubarak, and some constituency executives since the party held its internal elections.

They have warned that, if not addressed, the current internal wrangling at the constituency level could affect the NDC’s chances in the 2024 general elections.

The Asawase MP, Muntaka Mubarak before the constituency elections suggested that delegates should retain the incumbent executives, but that did not work.

The youth at a news conference expressed concern over what they say is the Asawase MP’s continuous disregard for some elected constituency executives including the Chairman.

They claimed that the MP has sidelined some of the elected executives and still runs activities of the party with previous executives who lost their positions during the constituency elections.

A spokesperson for the youth, Umar Harris said comments by the Asawase MP before the constituency elections against some of the current executives continue to create acrimony between them.

He added that “if we don’t get the results we want after this presser, we will take the next step. We are still calling on the national executives to intervene and settle the issues amicably and begin the reconciliation process which the MP is seemingly making very difficult.”

He insisted that the National Executives of the party must call the MP to order and also get him to allow the party’s structures to work at the constituency level.

The youth also condemned a recent purported arrest of the NDC Chairman for the constituency, Faisal Dauda at a ceremony in the area.

The youth clad in red bands made a strong call to the NDC national executives to ensure the current internal wrangling is resolved to save the name of the Asawase constituency and the party.