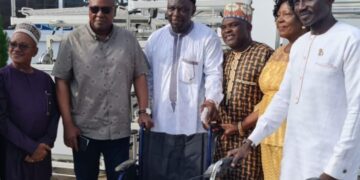 by Muhammed Faisal Mustapha | Journalist
in Health
A A
0 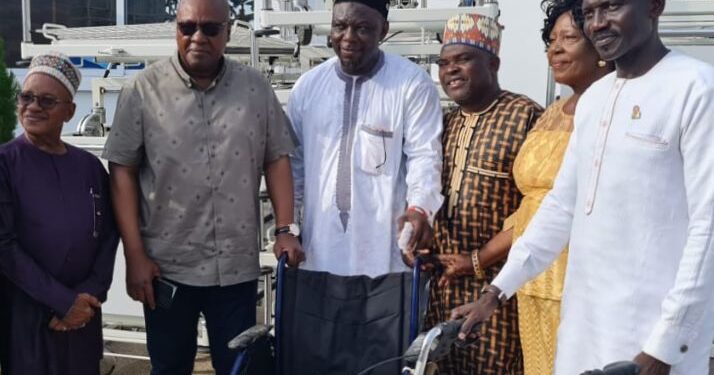 Ebenezer Ntiakoh needs US$9k to under surgery after robbery attack

Germany base philanthropist and indigene of Weija-Gbawe constituency in the Greater Accra Region, Alhaji Jalali Yunusah has donated medical equipment worth over thousands of Cedis to the former President, John Dramani Mahama at his office in Accra.

According to him, the donation was in line with his contribution towards the improvement of health facilities in the country adding that it was also a complement to the former President’s stride in improving the maternity and children’s ward in his hometown which was to give back to his own people.

Some of the equipment donated includes beds, mattresses, wheel chairs, clutches and many others.

Alhaji Jalali Yunusah, a Weija-Gbawe Constituency Parliamentary Candidate (PC) Hopeful who is an executive member of Health4yu, a Non-governmental Organization based in Germany with a branch in Ghana stated that the donation would go a long way to support the maternity and Children’s ward built by the former President and the wife, Mrs. Lordina Mahama. 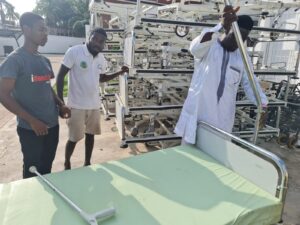 He added that his conviction that health is wealth especially women and Children forms part of his greatest motivation to support in the health sectors in the society.

“Upon hearing the news that the former President, John Dramani Mahama, and the wife, Lordina Mahama, have handed over a 45-bed Maternity and Children’s Ward to the Bole government hospital in the Savannah region, I was very much impressed at their initiative and saw how passionate they are in providing quality and good health care delivery for the people of Ghana” he noted.

Alhaji Jalali Yunusah applauded the Former President and the wife for seeing through that the well-being of every child depended on the good health of their mothers, hence the need for mothers to have good health and a quality facility to attend for their health care.

Receiving the equipment which was deposited at the office of the former President at Cantonment, Accra, former President Mahama expressed his profound gratitude to Alhaji Jalali Yunusah and his entourage for the kind gesture. 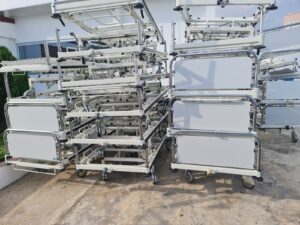 It would be recalled that the former President, John Dramani Mahama, and the wife, Lordina Mahama, in July 2022, handed over a 45-bed Maternity and Children’s Ward to the Bole government hospital in the Savannah region.

The facility, which has been named as the Lordina Mahama Maternity and Children’s ward, has babies’ cot, neonatal care unit, incubators, phototherapy unit, delivery room, a kangaroo mother and child care centre and recovery ward.

The construction of the facility marked the celebration of the 30th marriage anniversary of the former President, John Dramani Mahama, and the wife, Lordina Mahama.