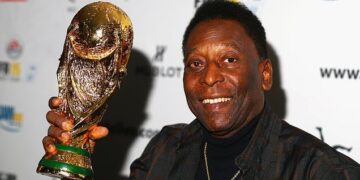 by Kofi Tamakloe
in News
A A
0 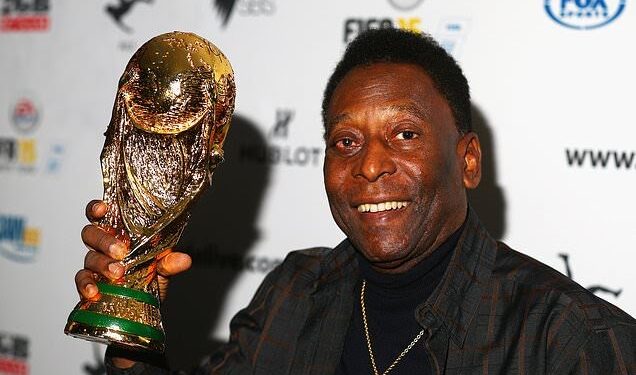 Brazil legend Pele has passed on today, December 29, 2022 at aged 82 after a battle with colon cancer.

Kely Nascimento confirms the passing of her father Pele in an emotional Instagram post with her followers, claiming that everything she has is ‘thanks to’ her father.

At age 16, Pele start playing for Brazil and was still only 17 years when he scored 6 goals in four matches at Sweden 1958 to become the youngest ever World Cup winner.
17-year-old Pele at the 1958 World Cup, propelled Brazil to the trophy with the No.10 jersey on his back while showing off a catalogue of skills that had never been seen before, earning him the nickname O Rei (The King) for his exploits. Pele got a hat-trick in the semi-final against France and was followed up by a brace in the final against Sweden.
Pele returned to the world competition in Mexico 1962 as undoubtedly the greatest player in the world football.

Lauded by many as the greatest player to ever play football, Pele had been battling health issues in recent years. He was pictured in a wheelchair at the 2018 World Cup, Russia, and was taken into hospital after collapsing due to exhaustion a month after the tournament.
His family confirmed that Pele had been receiving regular treatment from doctors ever since undergoing surgery to have a tumour on his colon, which was removed in September 2021. But Pele had been readmitted to São Paulo’s Albert Einstein Hospital towards the end of 2022. Pele’s condition failed to improve, and he remained in hospital in São Paulo throughout the 2022 World Cup and then for Christmas. At last, he gave up his last breath at age 82.

At club level, the 18-year Pele played with Brazilian side Santos, won six Brazilian titles and two Copa Libertadores crowns. He then spent his final two years as a player in the booming North American Soccer League (NASL) with the New York Cosmos.

The former Brazil Minister of Sports retired from football in 1977 after finishing his playing career with the New York Cosmos. More than 75,000 people packed New York’s Giants Stadium for his final game, which was appropriately played against Santos, such was his influence in the US and the developing North American Soccer League.

Pele reportedly scored over 1200 goals throughout his illustrious playing career, including friendlies and tours of the world.
The soccer titan survived with seven children.

The legend lives on….. 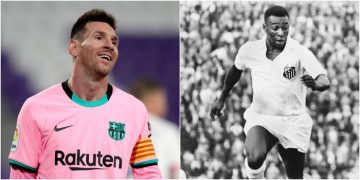 Why The Man, Pelé My Football Legend?- Kofi Tamakloe Writes