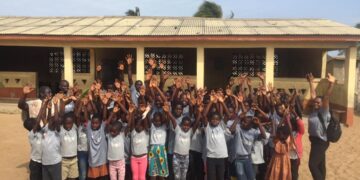 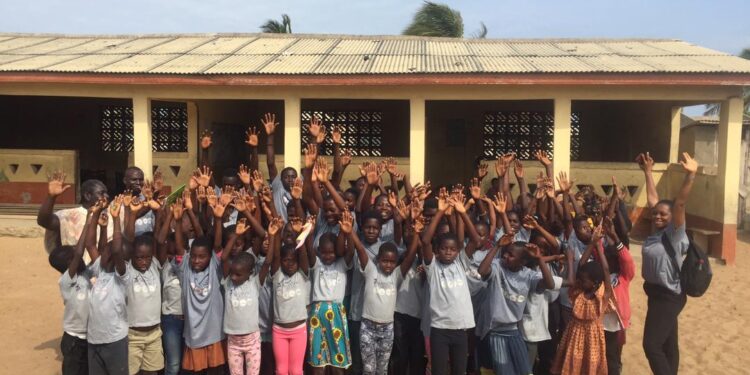 The traditional notion of a summer camp as a time to travel, lodge in a place and take part in mostly outdoor games is gradually changing in our part of the world, with greater acceptance of newer types of summer camps that offer a wide variety of specialized activities. For example, there are camps for educational purposes such as computer programming, language learning, and mathematics, to mention but a few.

While summer camps are supervised, fun, educational programmes for school children usually conducted when schools go on a long break after the academic year, others use the opportunity to organize what we popularly call vacation classes.

This case is not different from SilverStag of Ghana, a non-governmental organization (NGO), set up in Ghana in partnership with local schools to help vulnerable and disadvantaged children, especially in the rural communities who may be forced into child labour/child trafficking by supporting and empowering them through education and scholarships.

Seeing the long vacation as an opportunity to further help school children in the Ada community, SilverStag of Ghana, as part of its humanitarian initiative engaged some teachers in the community as volunteers to take the school children through lessons in English and Mathematics.

Ada is a rural farming and fishing community, a suburb of the Greater Accra region in Ghana. As part of a means to provide daily bread for their families, children are involved in the trade i.e. fishing, farming, and hawking alongside their parents, while their education suffers.

It was based on this fact that the theme for the camp “Say No to Child Labour but Yes to Education” was chosen to drum home the message that children are supposed to be in school to study, not to engage in labour which affects their development while their colleagues are in the classroom.

The summer camp which aimed to provide a safe environment for the children to develop their social skills as much as improve their socialization during childhood, apart from just helping them academically, began on August 22nd, 2022 and ended on September 2nd, 2022. Lunch was provided for them for the 2 weeks period. Thirty (30) participants were expected to take part in the programme, but over sixty-four (64) children from Azizanya School, Roman and Ada Foah Basic Schools took interest and showed up, to the amazement of the organizers.

Speaking to the staff of SilverStag of Ghana when they paid a visit to the school to assess the academic progress of the children, the teachers also attested to the fact that some of the children could now read and pronounce some words better than they used to, while some of the children asked for an extension of the programme. Others also suggested that Saturday classes should be included to further help them in their studies. To demonstrate his essay writing improvement, another child read his essay to the hearing of the whole class.

The Executive Director, SilverStag of Ghana, Mr. Bernard Nana Yaw Bediako-Nayo, said that the initiative was a pilot programme and only held in Ada this year, but plans are underway to extend it to Busa community in the Upper West region, Jasikan in the Oti region and Ada in the Greater Accra region next year.