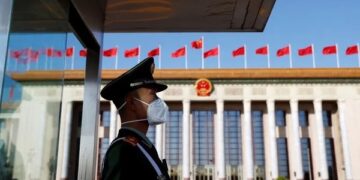 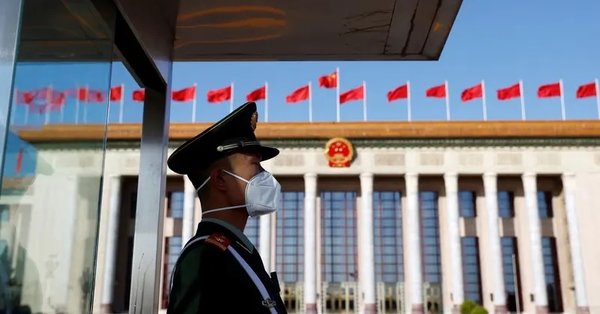 The Chinese government, while continuing to deny the existence of “overseas police stations” in foreign countries, has acknowledged that it maintains a network of “service stations” abroad.

A Chinese Foreign Ministry spokesperson said the stations allow “engaged overseas Chinese” to help compatriots with official and bureaucratic matters. The spokesperson was responding to media reports which claimed that such centers in countries including Germany are also used by the government to persecute critics.

The service stations were set up by “passionate Chinese groups overseas” and are staffed by volunteers who are “engaged overseas Chinese, not Chinese police officers,” the spokesperson said.

According to information obtained by dpa, five “area managers” in the service stations network offer both Chinese and German citizens with Chinese roots legal advice and support with certifications and applications.

But according to dpa’s reporting, that assistance – which is usually provided via online chats – is also used to obtain information by authorities and promote Chinese government ideology.

German security authorities suspect that there are two Chinese overseas police stations in Germany used to investigate and influence the Chinese diaspora in the country, according to a government response to a parliamentary inquiry.

According to the Madrid-based human rights organization Safeguard Defenders, there are around 100 “service stations for Chinese overseas police” in more than 50 countries.

The Ministry of Foreign Affairs in Beijing said on Wednesday that the mission of those service stations is to “help Chinese citizens who cannot travel home during the Covid-19 pandemic to apply for medical examinations and renew their driver’s licenses when they expire.”

Chinese officials also said that the centres did not violate the law and “do not pursue any criminal activities,” contending that China does not interfere in internal affairs and respects the legal sovereignty of other countries.