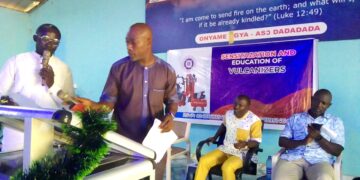 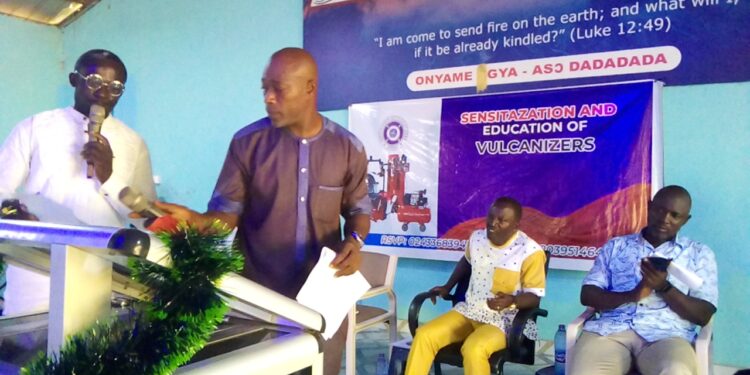 The stakeholders engagement was to sensitize and educate the Vulcanizers on the need to reduce tyre related road accidents in the country.

The third edition of the association’s engagement brought together representatives from National Road Safety Authority and Ghana Standard Authority to educate the Vulcanizers on the Authority’s measures to support the association’s aim of reducing tyre related road accidents in the country.

Members of the association were urged to ensure that all necessary measures are applied to avoid tyre related road accidents before, during and after the Christmas festivities.

He revealed that due to the contribution of the Association in reducing road accidents in the country, it has been recognized by the National Road Safety Authority, Ghana Standard Authority, Ministry of Transport, Association of Small Scale Industries and among other stakeholders in the road safety industry. 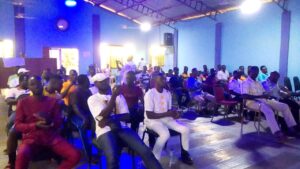 The General Secretary of the association made a passionate appeal to the government to help reduce import charges on vulcanizing equipment as it will help in reducing road carnage in the country.

He revealed that the association has negotiated with some companies that deal in Vulcanizing equipment to help provide equipment for its members on hire purchase but the high cost of those equipment has compelled the members not to go for the said equipment.

He added that, the waiver on the automobile equipment will strengthen and expand the skill work in industry and make it more attractive for the youth to venture into.

He further called on the government to come to their aid and support them in educating vulcanizers in the rural areas of the country as the association has targeted a number of communities they will like to extend their education to ensure that Vulcanizers in those areas have much knowledge on their profession and serve the nation better.

The General Secretary further revealed that through the association, a number of vulcanizers are now proud of their profession as the public has come to appreciate the work of vulcanizers.
He noted that a number of parents are now willing to bring their children to learn the vulcanizing work. 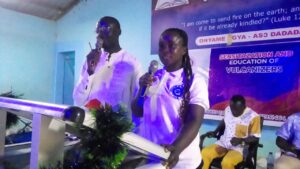 Mr. Robert Ayetey the National Organizer of the Association, called on members of to ensure that they keep their work place hygienic and safe to the satisfaction of their clients.

He urged them to as well change the water they use to check punchers regularly and keep it clean as it has always been a topic of discussion by many clients who come for tyre services.

According to him, the vulcanizing job has been recognize by all the major stakeholders in the tyre and road safety industry hence the need to practice proper hygiene at all time.

He added that the work of the vulcanizers has attracted many in the society which has compel them to enroll in the profession therefore it will be prudent to work hard as vulcanizers to make the work more attractive and neat.

On his part, the Planning Manager at the Directorate of Regulation, Inspection and Compliance of the Ghana Road Safety Authority, Nana Asare Mintah revealed that the Authority’s collaboration with the Association of Vulcanizers, Ghana is to provide safe service to its customers.

The Road Safety Authority he said has been charged to reduce road accidents and therefore any organization that work in the road safety space is of interest to the
Authority adding that the Authority is working with the Vulcanizers Association to reduce the number of accidents on the roads.

Mr. Mintah revealed that the Road Safety Authority is putting together some regulations which is before Parliament. The regulations according to him will require that the Authority give out permit before any body could operate as a vulcanizer.

He added that the new regulations if passed by Parliament will require, a person to belong to an association where he or she receives constant training.

The Authority he added will also ensure that the Ghana Standard Authority calibrate gauges and measuring equipment of the vulcanizers before issuance of a permit.

He reiterated that the Authority’s collaboration with the Association is to ensure that the Association trains its members in order for road users to be confident in the vulcanizer working on his or her tyres. 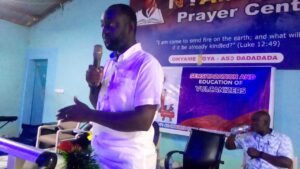 However, Mr. Mintah revealed that the Road Safety Authority is running a campaign called ‘Stay Alive’ which is informing the public that it is necessary for one to drive and return to his or her family safely and also for drivers to be advocates of road safety and caution colleague drivers flouting roads regulations to stay safe.