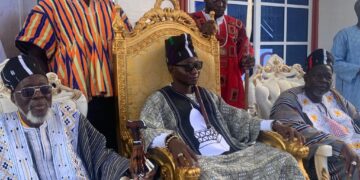 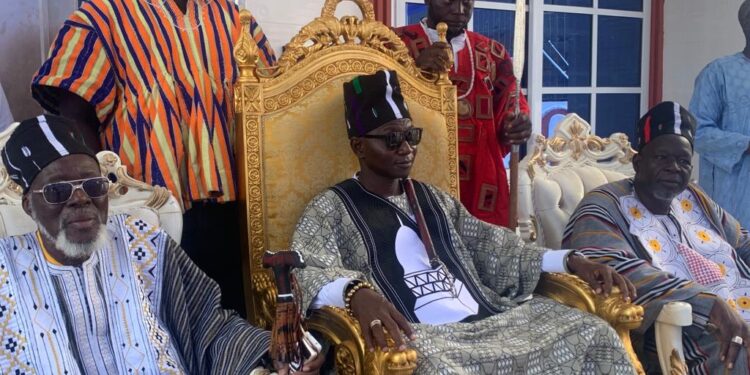 The newly installed Chief of Greater Accra Moshie Yadega, Naaba Adamu Ouedraogo expressed his profound gratitude to the National Chief Imam, the Chief of Yadega of Burkina Faso as well as other traditional and Muslim tribal Chiefs for their support.

He assured them of a good leadership that will ensure the well-being of all Ghanaians adding that his area of focus will be on agriculture.

He said government hands are tied and the people are suffering hence the need for him to motivate the youth to have skill training.

He said he will encourage his people especially the youth to invest in the agriculture sector adding that the government can not provide everything for the people and no one ventures into agriculture and loses hence his decision to make agriculture a priority.

According to him, most of the People in Ghana come to Accra to trade and neglect agriculture hence his decision to educate his people to redirect their minds and go back to the farms.

He stated that he will encourage the youth to take agriculture business as an opportunity of which he is going to be a key player by leading the campaign for youth participation in the sector.

According to him, leadership is not about money but rather how you lead to become part of the people’s problem and provide lasting solution to make life bearable for them.

He advised the youth to be tolerant and treat each other fairly as action begats reaction.
He also appealed to the youth to ensure that they help promote peace within the Zongo communities and the country at large.

He called on his fellow Chiefs to serve the people and not the people serving them adding that most of the Chiefs carry titles around forgetting that they are to render help for people to achieve their goals.

He doubles as the development Chief of Sarpeiman with a stool name Nii Abbey Okanfrah I and popularly known as Staff.