by Muhammed Faisal Mustapha | Journalist
in Politics
A A
0 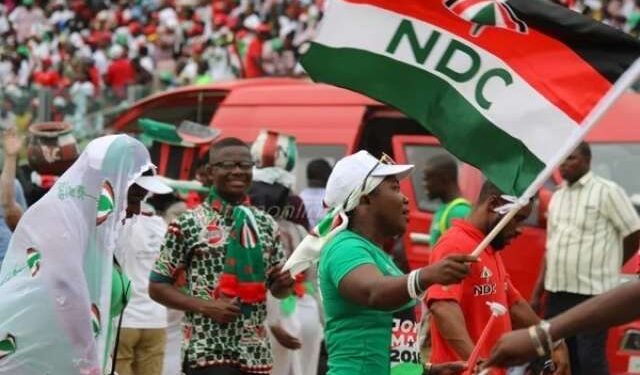 The attention of the NDC Regional communication Bureau has been drawn to a very wicked and mischievous lie by the MP for Binduri constituency, that, President Mahama cut sod for the Bolgatanga -Bawku -Pulmonkom road three times.

According to the non-performing MP “President Mahama came to that area to cut sod for the road not once, not twice but thrice or so and the road was still there”

Folks, this narrative from the sleeping MP is a bare face lie, President Mahama never cut sod for the reconstruction of the famous Bolgatanga-Bawku-Pulmonkom road more than once. President John Dramani cut sod for the reconstruction works on the 112 kilometers international road on the 11th of July 2016 during his two-day “Accounting to the People” tour of the Upper East Region.

The contractor Querez Galveo, a Brazillian company that was awarded the Gh₵ 612 million contract, to be funded from the Road Fund mobilized and moved to the site before the former President cut the sod on the 11th of July 2016 for the first and the last time for the reconstruction works to start. The 112 kilometers road was to be completed in two and half years.

However, when the NPP led by Akuffo Addo and Bawumia took over in 2017, they asked the contractor to stop work claiming they were auditing the contract. For two years (2017 to 2019) no construction works took place on the road, until the beginning of 2020 when the contractor was asked to return to site.

This undue delay led to the contract sum increasing from Gh₵ 612 million to over Gh₵ 800 million. Again, the delay of the faultless contract signed by President John Dramani Mahama led to the delay in the completion of the project within the scheduled two and half years. Thus, portions of the road in 2020 were washed away by heavy rains, cutting the people of Kusaug Kingdom from the rest of the region.

We would like to entreat the general public to disregard the effusions of the non-performing MP, who is bound to lose in 2024, and his assigns who may repeat such bare face lie for political gains. No amount of lies and falsehood can take away the fact that the reconstruction of the Bolgatanga -Bawku -Pulmonkom road is a John Dramani Mahama legacy. We know without a shred of doubt that the people of Binduri constituency and the rest of the Kusaug Kingdom will reward the visionary Nation Builder, H.E John Dramani Mahama and the NDC in 2024.