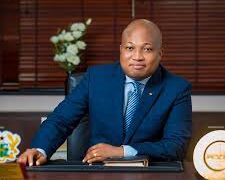 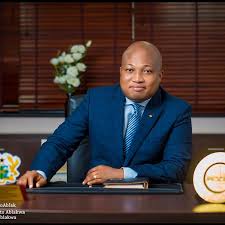 Member of Parliament for North Tongu constituency, Samuel Okudzeto Ablakwa has made a revelation concerning the identity of the director of National Cathedral.

In the “mother of all scandals” expose by the MP, it is revealed that there is “blatant corruption, conflict of interest, self-dealing and grand fraud” involved in the construction of the national cathedral.

“Unimpeachable and incontrovertible evidence confirms that Mr. Kwabena Adu Gyamfi is the famous Rev. Victor Kusi Boateng who still serves on the National Cathedral Board as an Executive Council Member/Director”, the MP disclosed.

“Rev. Victor Kusi-Boateng AKA Kwabena Adu Gyamfi thought he had outwitted every Ghanaian, particularly our authorities whom he dribbled for many years; but the day of reckoning is finally here”.

According to The National Democratic Congress(NDC) MP,”from unassailable and irreproachable documents in my possession, Rev. Victor Kusi-Boateng AKA Kwabena Adu Gyamfi uses multiple passports and multiple identification cards with different names and different dates of birth as his special modus operandi”.

He says “these explosive findings make the conflict of interest charge in the GHS2.6million scandalous payment by the National Cathedral of Ghana to the shady JNS Talent Centre Limited even more blatant, direct, offensive and absolutely embarrassing”.

“Clearly, Rev. Victor Kusi-Boateng AKA Kwabena Adu Gyamfi sat on the Cathedral board and literally paid his own company a staggering GHS2.6million for no work done”.

He explained that “when the siphoning was completed, they captured same as “Contractors Mobilization” and presented it to Parliament hoping that they would legitimize the dubious transaction and therefore get away with murder”.

Hon. Ablakwa demands an action to be taken concerning the scandal.

1. The immediate resignation of Rev. Victor Kusi-Boateng AKA Kwabena Adu Gyamfi from the Board of the National Cathedral of Ghana;

2. Rev. Victor Adu Gyamfi AKA Kwabena Adu Gyamfi must be compelled to refund all taxpayer funds diverted into his company, JNS;

3. Rev. Victor Adu Gyamfi AKA Kwabena Adu Gyamfi must be subjected to thorough credible investigations and prosecution for his many other offenses which have now come to light;

4. President Akufo-Addo must outrightly dissolve the Board of the National Cathedral of Ghana;

5. A special forensic audit must be expeditiously commissioned into the National Cathedral project.