It is now clear that the Akufo-Addo/Bawumia NPP government already used the grant of the peripheral portions (constituting only 118 acres) to the Owoo family as a conduit to share the Achimota Forest Reserve lands.

Why did the government reclassify 361.5 acres, constituting about 40% of the total area of the Achimota Forest Reserve as no longer being a forest reserve? Well, contents of the late Sir John’s last will, and comments by OKAYFMs’ Tikese affirm our suspicions that persons not members of the Owoo family have already acquired portions of the Achimota Forest Reserve lands.

Indeed, portions of the last will of the late Kwadwo Owusu Afriyie (A.K.A Sir John), confirms further that officials of the corrupt Akufo-Addo/Bawumia NPP government have appropriated the Achimota Forest lands (See points d, e, & f of the attached document) to themselves, families, friends and associates.

Kwame Nkrumah Tikese on his Ade Akye Bia show on May 19th 2022 (today) stated boldly as follows: “Charles Owusu yesterday questioned the government on whether it was only the Owoo family who had been given the lands. Because some of us know other persons who have received huge portions. Someone has acquired as much as 20 acres, with each acre containing four plots of land. That’s enough to build 80 houses. They have shared it, and you will be amazed at the calibre of people in Ghana who have acquired some of the lands” (OKAYFM, Kweme Nkrumah Tikese, Ade Akye Bia, Thursday May 19, 2022). 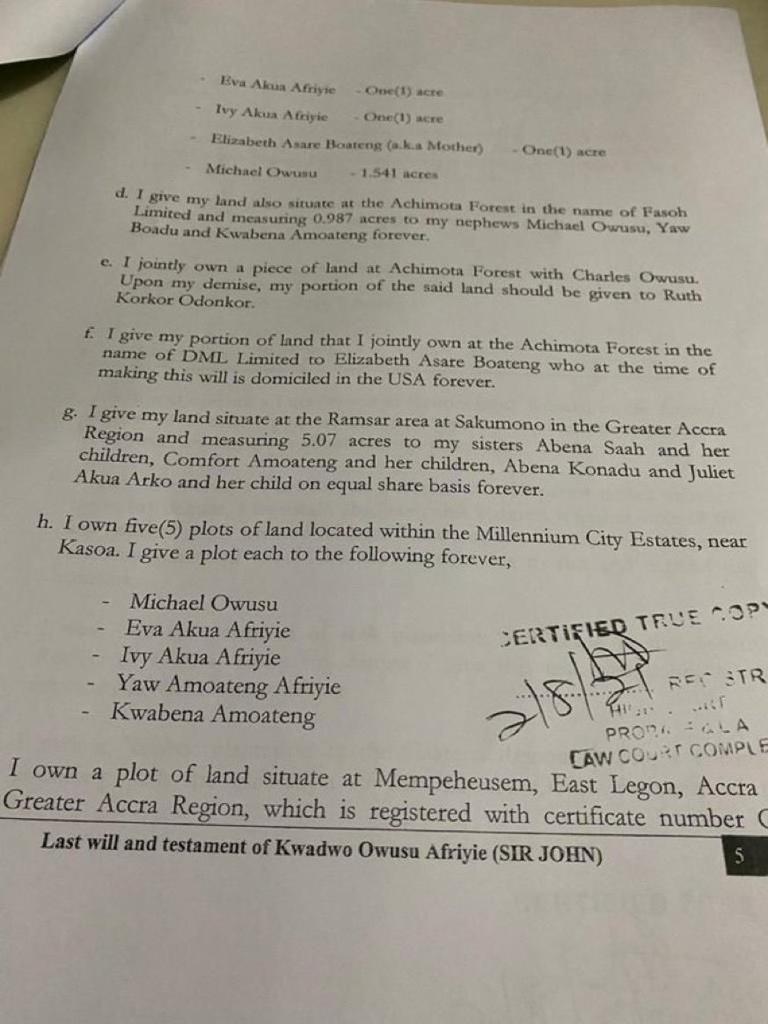