Visiting Sierra Leone for the second time, Sam Smith met with members of the Young Peace Builders Sierra Leone and was accompanied by the organization’s Executive Director Herbert Bangura to visit two of the many communities in which Young Peace Builders have been working over the years to build & resolve some of the conflicts among its people, the visit lasted two days 8th – 9th August.

It is important to note that in August 2016, Sierra Leone’s ardent youth activist & peace builder Herbert BiCool Bangura was amongst the [ads1]world’s Community Solutions Leaders that benefited from the United States Department of States IREX Community Solutions program during which he spent some months in the United States working and sharing his experiences with the River Phoenix Center for Peacebuilding and visited a number of US-led youth empowerment and peacebuilding projects during which he met with Samuel Smith who is the Director of Civic Engagement and Social Practice at the Krannert Center for the Performing Arts in the College of Fine and Applied Arts at the University of Illinois at Urbana Champaign.

It was never a smooth ride taking into consideration the poor road network leading to these communities covering miles but, “I love doing this and I now have a better understanding of the challenges you encounter in your work” said Mr. Smith in one instance at a point where the team had to drive through a river reaching a steep crooked hill.

The two villages visited during Sam Smith’s visit with Young Peace Builders were Kakola & Kathiri in the Northern Province and these villages among others are faced with lots of challenges including access to sustainable livelihood, lack of recreational facilities, lack of health facilities, Education and Safe drinking water etc. Despite all of these challenges, Mr. Smith in all of his engagements noted that these villages & the people are blessed with enormous potentials in Agriculture, Energy, Arts and Social work and confirms the need for partnership & collaboration with other youth, schools, organizations and interested individuals from the United States, a cause to which he is committed and looks forward to continue working with Young Peace Builders.

Smith works as a part of an engagement team at the performing arts center which extends the impact of the performing arts by developing and managing projects that engage artists, schools, organizations and communities. He is particularly interested in the role of the arts, artists and arts organizations to catalyze individual and community transformations and to address pressing social concerns. Mr. Smith develops and participates in local, international and school based projects. He has participated in water health and sanitation projects in Malawi, sponsored by Sister City International and funded by the Gates Foundation, and recently with YMCA Sierra Leone and the Freetown Rotary completed a water well project in Kenema, Sierra Leone. He is a member and Chair of the International Service Committee of the Rotary Club of Urbana, Urbana Illinois; And a member of the University of Illinois YMCA’s Global Engagement Committee. The Krannert Center for the Performing Arts is one of the premier, university based, performing and presenting organizations. The center is housed at the University of Illinois, a top tier research center.

As a member of the Engagement Team at the Krannert Center at the University of Illinois Mr. Smith works to extend the impact of the performing arts center to impact the quality of life in communities. He develops partnerships, collaborations and networks that explore and advance the role of arts organization in promoting development. The Rotary Club of Freetown and the YMCA of Sierra Leone led by Mr. Christian Kamara are current partners on the Kenema water well project.

Although specific projects have not yet been determined there is great interest in work that advances the Rotary’s primary areas of focus including Peace and Conflict Intervention, education, and women’s and children’s health. Additionally, Mr. Smith is interested in identifying artists and arts organizations in Sierra Leone that are committed to civic engagement and social practice. 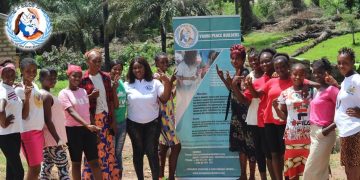 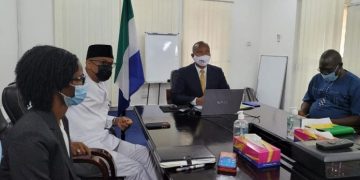