by Efo Korsi Senyo | Executive Editor
in Opinions, People & Culture
A A
0 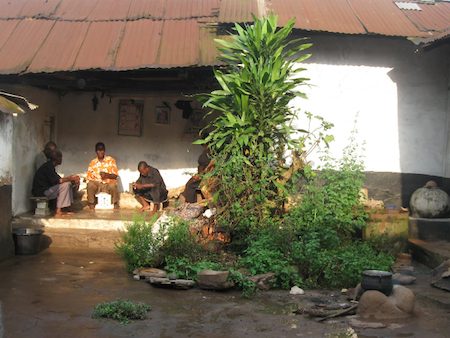 Tsali and Tsala (alias Okomfo kye) were twin brothers. Their father was Togbui Akplormada. These brothers were mysteriously endowed with potent spiritual powers.

In Anlo oral history, we learnt Tsala (Okomfo Anokye) returned to Notsie around 1695 to consult with his brother Tsali before accepting the invitation of King Osei Tutu of Ashanti to help establish his kingdom (Ashanti Kingdom).

During the reign of King Opoku Ware, a war broke out around 1746, Tsala (Okomfo Anokye) sought permission from the king to visit his twin brother Tsali at Keteklebi (Fiaxor) to celebrate and fortify himself at the annual Dzawuwu celebration of Mama Adexe shrine before leading the Ashantis to the war which he won decisively for the Ashanti kingdom.”

Is it any wonder that we currently have Anloga in Kumasi? Is this not a testimony to the bonds of cooperation that must be maintained? Any call to the cessation of this cooperation must be considered as misplaced, in error and of no consequence.

Our oral Ewe history informs us that “Komfo Anortsie” was a Dogbo Nyigbo man called Amega Atsu Tsala Akpormada who used to live in Nortsie (a well established settlement in the 1450s). Amega Atsu Tsala (aka Okomfo Anokye) and Amega Tse Tsali (of Nortsie and Tsiame fame) are the twin sons of Amega Detor Akplormada (‘the thrown spear”), whose father was Amega Tsamla, son of Mama Kegbleape, one of the two daughters of Amega Gemedra of Nortsie, son of Amega Kugborka Gbe of Ketu, who was the son of Amega Kodisenu, the son of Amega Dzoboku. Amega Doe Dallah (father of Amega Anya, the founder of Anyako) was born after Atsu Tsala and Tse Tsali. 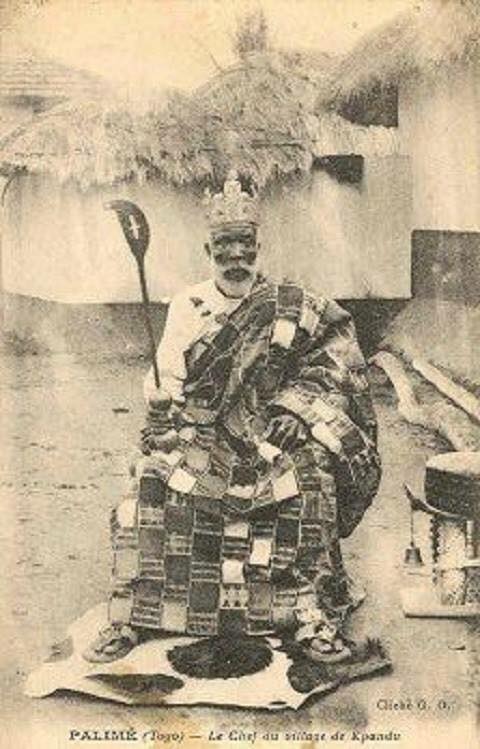 Just like Amega Kli (son of Torgbi Ekpe), Amega Aga (grandson of Tsamla) and his father Amega Detor Akplormada, Atsu Tsala (Okomfo Anokye) did not migrate with the Dogboawo to the present day Anlo (established around the 1650s). He (Tsala aka Okomfo Anokye), Kli, Aga and others left Nortsie prior to the group migration. Amega Kli was the one who volunteered as a friend to help Amega Aga to escape from King Ago Akorli’s wrath after the “ame makumaku pe hlor biabia” episode in Nortsie. Amega Kli subsequently founded present day Klikor settlement and Amega Aga established Agavedzi and subsequently, Agave. Two of the reasons why Amega Atsu Tsala left Nortsie prior to the group migration include his dissatisfaction with and subsequent protest to the Dogbo elders about how the “ame makumaku pe hlor biabia” and the “installation of Kponoe as Fia over Dogboawo under a Tado stool” issues were handled at the time.

One day in a fit of anger, Tsali … challenged his father to a public display of supernatural powers (amlimatsitsi). In response to this challenge, the father (Akplormada), removed his own intestines, washed them in a herbal preparation and dried them to give more years of life to himself. Tsali turned into a hawk and carried his father’s intestines away into space. Tsali searched in vain for the tallest tree on which to settle and swallow the intestines of his father. But Akplormada [had] commanded all the trees in the vicinity to be dwarfed. [He then] turned himself into the tallest tree upon which Tsali came to settle. Before Tsali could swallow his father’s intestines, Akplormada reached out his hands and Tsali dropped the intestines right into his father’s unseen palms.

[At one time] the whole of Tongu met and decided to drown Tsali. Tsali before his arrest had gathered all his personal effects into a haversack and slung it over his shoulder. At the meeting, he was tied hands and feet … with a great weight of granite rocks hung over his neck and fastened to his back. Looking like a monster, Tsali was drowned in the … Volta [River]. The villagers saw him sink, but on the third day, Tsali was seen by fishermen as he moved on the waters floating on the back of a crocodile he had commanded to come to his rescue. Floating adrift on the crocodile’s back, Tsali held aloft all the granite rocks in his hands and was shouting “Vinowo, mikpo vida: parents behold your child”. There was great consternation in the village: the fishermen abandoned their canoes and ran for dear life. The women yelled and screamed, calling on the whole village to come and see. Tsali [then] decided to leave Tongu for good.”

The granite rock attached on the back of Tsali to drown him still exists and a shrine is built around it on the beach at Konu in Anyako where he dropped the rock. We call it Tsalikpe. The clearing in the Kleve Forest where no plant ever grows to this day was claimed to be the spot where Tsali sat on the ground to explain to his father the problems he encountered on that expedition. These events probably predated their migration from the Kleve Forest to Tsiame.

As pointed out by Kofi Ellison, it is true that the twin brothers, Atsu Tsala (aka Okomfo Anokye) and Tse Tsali did not die natural deaths. They just disappeared and to this day, nobody is able to tell where they went or were buried.

ADVERTISEMENT
Adverts:- Land for Sale at Oyibi, Adenta, Ayi Mensah, Oyarifa. House for sale at Spintex, Oyarifa - CLICK HERE
Tags: EweHeadlinesOkomfo AnokyeTogbiTogbi Tsali
Do you have any article or news or story leads? Let Awake News energize that story for you. Send them to editor@awakenewsroom.com or WhatsApp: +233249155003 ======================== 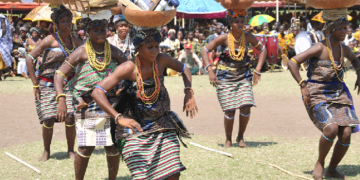