The Caucus for Democratic Governance Ghana, (CDG-GH) has, in a press release, issued on August 16, 2021, taken the vice president, Dr Mahamudu Bawumia and the ruling government on over what it describes as borrowing irresponsibly to invest in “consumption and corruption”.

The release which was signed by CDG-GH executive director, Dr. E.K, Hayford said: “Any attempt to repackage the mess created as economic prosperity, will be exposed by the realities on the ground.”

Making reference to a presentation the vice president made at a Tertiary Students Confederacy (TESCON) of the ruling New Patriotic Party (NPP)’s function at the University of Cape Coast (UCC) a week ago, the CDG-GH said recent events and speeches by Vice President Dr Bawumia  concerning the national economy portrays him as an object of confusion and ridicule.

“During the presentation he nervously sought to obliterate his incompetence by alluding to his concept of “demons and principalities” working to destroy his “good” work, the statement said, reiterating that Dr Bawumia by this time ought to know that theoretical economics and practical economics are two different things and can only complement each other when correct data is applied.

“With a national debt of 332 billion GHC; 78% of GDP and an abysmal 0.9% growth in 2019, Dr Bawumia comes  again with more lies, to throw more dust into the eyes of suffering Ghanaian, hoping that the “demons and principalities’ would turn things round” the statement added.

The CDG-GH in its estimation, there is currently economic indiscipline and lack of appreciation of risk levels in debt management, adding that prudent management demands accountability and debt transparency based on credible data.

“Instead of seeking a better alternative, the government uses primitive methods of state capture and culture of silence to disregard the people; feed them with lies, deceit and empty promises amid terror. These tools provide a fertile ground for poor governance and insatiable corruption. Amid tyranny and suppression by Nana Addo, the hungry and angry masses are wide awake pressing  the government to “fix the country”, the release stated.

The civil society group also decried the current taxes imposed on various sectors of the economy saying such have added to the already suffering of the masses.

“Ghanaians are suffering, especially those who have no jobs and the several thousands who have lost their jobs. The economy is limping and there is no money in the system, in spite of heavy debt. Instead of being productive by asking citizens to contribute to build factories for the unemployed, the government is asking for contributions of 110 GHC to build a cathedral. Where are our priorities?”, the statement asked. 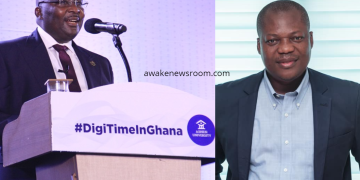 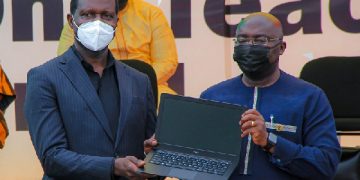