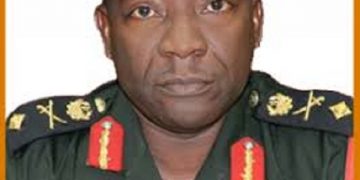 Who will whisper to Gen. Thomas Oppong-Peprah to watch his back?

Who will whisper to Gen. Thomas Oppong-Peprah to watch his back? 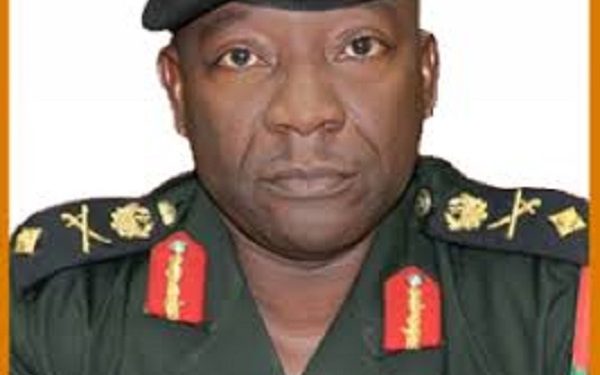 I am a Citizen. I am a Whistleblower with a known face and address.

I research, analyse and write on Military Affairs with a view of assisting to build a corp of professional soldiers who contribute to the Peace, Progress and Prosperity of my beloved country.

I rise to ask who can whisper to the Chief of Army Staff, MAJ-GENERAL THOMAS OPPONG-PEPRAH, to watch his back.

Truth be told, I am not a fan of General Thomas Oppong- Peprah, and I boldly and fearlessly criticise his stewardship.

Inspite of my misgivings about him, I must admit that I have been watching, listening, monitoring and realizing that the General is a professional doing his work to make his Officers and men happy whilst at the same time attracting “enemies.”

I have done checks on the General’s achievements and what his Officers and men say about him. I will write about such things another day.

The Akans of Ghana have a saying: wu tan okwaduo na wua yi ni miraka, which literally translates as, you can hate the hare but you can’t complain about its speed.

So, even though I am not his fan, as a Researcher and Analyst, I am obliged by the truthful insight in the quoted Akan proverb to write some truths about General Thomas Oppong-Peprah.

What piqued my intense interest in General Oppong- Peprah was something interesting I noted in Burma Camp in December, 2019, before he was appointed the Chief of Army Staff.

A source leaked some information about a purported arrest of General Oppong- Peprah at the New York JFK airport for carrying “counterfeit checks.” The salacious leak from that reliable source contained the passport number, the dates of departure from Accra and arrival in New York of the then Chief of Staff of Army HQ.

As I always do, I paused for a while to double-check the leak only to find that General Thomas Oppong- Peprah did not travel as scheduled because he had suddenly lost his brother and so he had to rush to Dormaa Ahenkro to mourn with his family.

Interestingly, a newspaper editor who did not do his checks went ahead and did a publication on General Oppong- Peprah’s arrest only to attract rotten eggs on his face when the truth popped up.

My further checks revealed that some interested parties, just like me, were against Oppong- Peprah’s elevation to the position of Chief of Army Staff.

We are now a time of appointments where interested parties are jostling, elbowing, plotting, lying, slandering with a view of stopping perceived competitors from being appointed as the new Chief of Defence Staff. And I have noted that again Oppong- Peprah is at the receiving end of vitriolic attacks.

Will someone whisper to General Oppong Peprah to read my previous writeups in which I advised that he should not accept an offer now to be appointed the Chief of Defence Staff (CDS)?

He should maintain his position as the Chief of Army Staff (COAS) because he has a lot he has started doing for the Army which he must be able to complete and consolidate.

I am not surprised to note that the chicanery of December 2019 is repeating itself. I noted the speed of share/spread of a writeup from some thirty-five (35) soldiers of the Ghana Army Central Command who have been deployed for Tontokrom Operations.

Titled “BRIG GEN JOSEPH APHOUR SHOULD STOP THE FUCKING LIES AS GENERAL,” the apparent valiant, bold, truthful and fearless soldiers revealed details of how they are being used as slaves because a civilian called DONALD told them that “the COAS and GOC (Central Command) are shareholders of the Galamsey with the China people,” and also that the “GOC ASSURED US THAT WE ARE WORKING FOR COAS AND HIS FRIENDS SO WE SHOULDN’T FEAR.”

Anyone will love the revelations and the challenge by the soldiers that they are “READY TO SUBMIT THEMSELVES FOR ANY ENQUIRIES OR BOARD.”

Can anyone imagine my surprise when reliable Sources and Agents sent reports of these occurrences at a Military durbar at 4 Bn Kumasi on 21st January, 2021?:

(1). A roll call was done and of the list of names in SGT SPEARS’ writeup, only three (3) are living soldiers. The rest of the names are cooked up. The soldiers do not exist.

Will the other “32 brave, bold and fearless soldiers” stand up and provide their identity so we can stand with them to get to the bottom of their allegations?

(2). The COAS suggested to the soldiers to find evidence from the Registrar- General’s Department and/or any source if he owns any shares in any Chinese mining company, and that if they find any such evidence his accusers should tie him to a stake and shoot him.

“Sgt Spears” and his colleagues should take up the challenge. The Ghana Armed Forces must provide logistic, technical and other support to the soldiers to get evidence to back the “truth” in their writeup.

And I invite Civil Society Organizations and the Media to take up the challenge of General Oppong- Peprah.

It was reported that the soldiers said “No.”

It was reported that only one soldier said they had been deployed to work at Kejetia with the Kumasi Metropolitan Assembly (KMA).

My quick checks revealed that the Ashanti Regional Security Committee had ordered the deployment of some soldiers from 4Bn to assist the KMA.

I know the Ghana Armed Forces is an institution that operates on rules and regulations and that it has its own internal systems to thoroughly investigate the allegations against the COAS and the GOC Central Command by the “35 soldiers.”

I know the Ghana Armed Forces has the capacity to sanction any soldier whether a General, Officer or Men who brings the name of the institution into disrepute.

I look forward to a speedy investigation into this matter and the appropriate sanctions applied.

I suggest that the following members of the District Security Committee (DISEC) of the Amansie South District Assembly should be invited to speak to their resolution of 17th April 2019 that ” a letter to be written to the National Security for the deployment of security patrol team to the District to help combat crime…that a permanent Police/Military team be stationed at the mining site of Benviko Mining Company (to enable) them start operation because of fear of possible attack by the people of Tontokrom,”

It is my well-considered opinion that the current Chief of Naval Staff should be appointed the Chief of Defence Staff (CDS), or the President may consider extending the appointment of the current CDS, Lt. General Obed Akwa.