by Efo Korsi Senyo | Executive Editor
in Crime
A A
0

[dropcap]A[/dropcap] police officer, Constable Peace Agbemafo, has shot and killed  herself with an AK 47 assault rifle, behind closed doors, in the Garu-Tempane District of the Upper East region.

Starr News gathered that the deceased law enforcer was reportedly lying on the floor at her residence, soaked in a pool of blood, that spurted from her head after she supposedly shot through the right side of her neck around 2:00pm Monday. She was motionless but still holding the AK 47 assault rifle when police officers, hours after she had pulled the trigger, forced the door open. Two empty shells, a knife and a rope tied to the ceiling were found during a police inspection of the room.

The 31-year-old police officer was expected to be on duty at the GN Bank branch at Garu that same day but had failed to show up. The manager of the branch, after no police officer had reported for duty from dawn till around 10:00am, reportedly placed a call to the Garu-Tempane Police Station, expressing worry about the absence of police security at the bank. The situation prompted a search that eventually led to the horrifying discovery at her residence.

Suicide on a market day

Unconfirmed reports suggest the suicide, which has left the Upper East region in the grip of horror, may have been premeditated.

“I went to the scene with my manager. We tried to speak to the police commander but he was very busy putting things in order here and there. We heard that, instead of reporting for duty at the bank, she went into her room, locked the door, turned the volume on her television set very high and shot herself in the throat and the bullet appeared from the centre of the head,” Abdul-Aziz Ayaaba, a media practitioner with Quality FM at Garu, told Starr News.

He explained further: “There was a girl who used to go her for food. They live apart but are both from Volta region. The girl should be among the final-year students who still go to school during these holidays to prepare for the BECE. The girl returned from school on that Monday and went to the house for food as usual but only to find the door locked from inside. Monday happened to be a market day in Garu. Everybody was out of the area to do business at the market. They would have heard the sound of the gun if they [had been] around.”

This is most likely the first time news of a police officer ending it all has hit the region. The region in recent years has seen only instances of civilian suicide happening rather in one of the most unlikely places- a police station.

In 2014, a middle-aged man climbed a mast on the premises of the Navrongo Police Station and dived to his death despite pleas to descend from the pole to a promising future. A remand prisoner took his own life inside police cells in 2015 in Bolgatanga, the regional capital.

Whatever may have led to the latest tragedy at Garu is a subject of ongoing police investigations as the public eagerly waits for hear from reliable sources. The Police Commander for the Garu-Tempane District, ASP Alexander Tieku, told Starr News, after the body of the policewoman had been conveyed to the regional capital Monday and deposited at the morgue of the Upper East Regional Hospital, that the Regional Police Command was looking into the matter seriously.

ADVERTISEMENT
Adverts:- Land for Sale at Oyibi, Adenta, Ayi Mensah, Oyarifa. House for sale at Spintex, Oyarifa - CLICK HERE
Tags: PolicewomanSuicide
Do you have any article or news or story leads? Let Awake News energize that story for you. Send them to editor@awakenewsroom.com or WhatsApp: +233249155003 ======================== 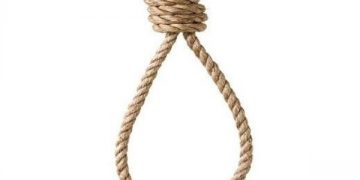 NUGS embarks on campaign to stop suicides among youth and students