by Muhammed Faisal Mustapha | Journalist
in Education
A A
0

With a well-organized event and prepared contestants within three communities in the Ga North Municipality in the Greater Accra Region, the Homowo Sanitation Debate got off to a great start at the forecourt of the Ofanko Chief’s palace in Accra.

All participating communities arrived hopeful of winning the first ultimate prize which include brand new Laptop, three packs of Idome and products from Special Ice Company Limited but no other communities came out better than the Pokuase Zion which emerged winners with 65.5 points ahead of Ofankor M.A which emerged the second runner-up with 63.5 points and Asofan with 44.5 point.

The Homowo Sanitation Debate which was organized by Mandogue Foundation in collaboration with Ofankor, Asofan and Pokuase Assembly Members was aimed at reaffirming President Nana Addo Dankwa Akufo-Addo’s aim at making Accra the cleanest city in Africa and as well educate the public on the need to keep the environment clean.

Mandogue Foundation has supported many communities in numerous ways by organizing clean-up exercise, health screening, health walk, campaign Against Drug Abuse and among many other supports to communities within the Ga West and North Municipality.

The Ofankor Mantse who doubles as the Presiding Member for Ga North Municipal Assembly, Nii Kortey Boi In an interview with the media, stated that the Homowo Sanitation Debate by the school pupil will help the communities, as the children will advocate the people on the need to involve in sanitation and keep their surroundings clean.

According to him, the issue of sanitation has been the major problem for the government hence the need to educate the people by organizing the Homowo Sanitation Debate on the theme “Sanitation is a key factor for good health and development”.

This he said will bring all hands on deck to tackle the issue of sanitation in the country adding that the policy of Town Council will help deal with sanitation and called on the government to straighten by-laws on sanitation in order for the assembly to prosecute offender of sanitation. 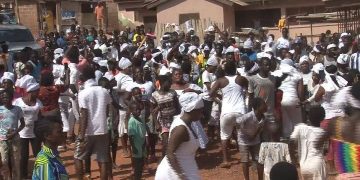 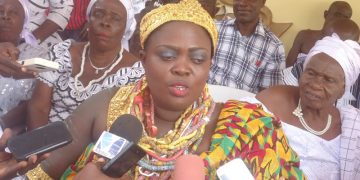