by Awake ShowBiz
in Politics
A A
0

John Boadu could not fathom the rate at which this high commissioner constantly meddles in National affairs and has decided to hit him hard.

According John Boadu, he sees nothing wrong with someone particularly a Member of Parliament using his position to help a close relative in terms of visa acquisition.

“I am just being raw on this matter. This is not a case we should make a big fuss about…it is not like they have made it their business”.

As things stand now, the British government has blacklisted three current serving MPs and a former MP from making an entry into the UK.

A “confidential letter” signed by the British High Commissioner, Jon Benjamin and addressed to the Speaker of Parliament, Mike Oquaye accused the MPs of “Visa fraud”.

The MPs are said to have facilitated the entry of some of their relatives to the UK using their diplomatic passports and leaving them to live there illegally.

Speaking to the issue during a panel discussion on Friday’s edition of PeaceFM’s ‘Kokrokoo’, John Boadu sought to find out from the British High Commissioner through which visa he (Benjamin) gained access into the country.

“….as public servants or people in public offices, you need to be careful with matters like this because it is a potential source for major difficulty for you as a politician…I don’t believe it is a major issue for you to write such a lenghty letter about it…. I am just being raw on this matter. This is not a case we should make a big fuss about…it is not like they have made it their business. I will go against it strongly if they had profited from their position as MPs by facilitating visa acquisition for scores of personalities, but with this; they are just close relatives,” John Boadu stated. 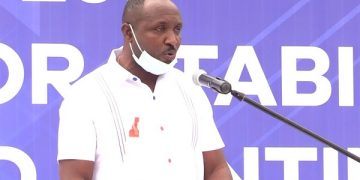 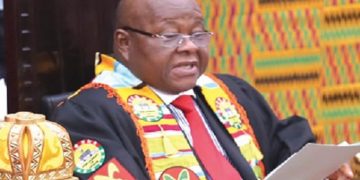