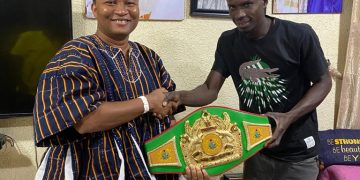 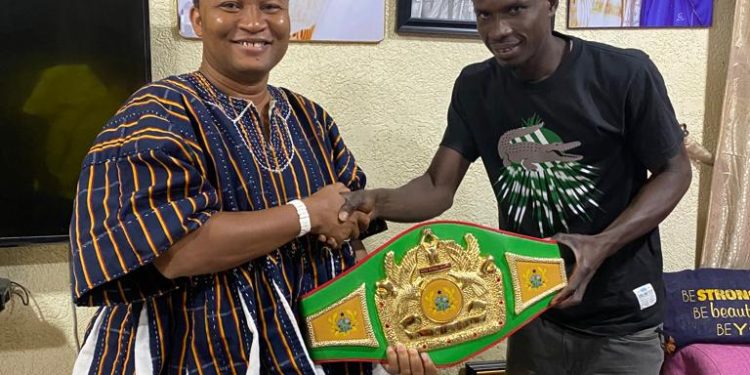 The National Super Lightweight Champion Faisal Abubakar also known as Punch Power has paid a courtesy call on Nii Adotey Odaawulu I Sempe Muslim Akwashongtse at his Palace in Accra.

The call was to show appreciation for Akwashongtse’s support during his quest to win the National Super Lightweight title against Senator Agbenyo in the main bout of Deluxy Professional boxing league at the Bukom Boxing Arena in Accra.

Faisal Abubakar was accompanied by his Deputy Manager, Osman Umar aka Oscar, Deputy Coach and Trainer as well as some Family and Friends.

The Sempe Muslim Akwashongtse who has been a godfather to the youth in many sporting disciplines within the Greater Accra Region used the opportunity to advise the boxer to be loyal to his manager and take his training seriously. 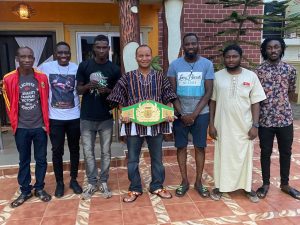 He assured Faisal that he will be winning more titles if he adheres to his (the Sempe Muslim Akwashongtse’s) advise.
He prayed for Faisal and his team to win more laurels.

The Chief urged the Champion and his team to be committed and strive to put the country on the highest level while assuring them of his commitment to support the various sporting disciplines especially boxing in Ghana.

Nii Adotey who is also a philanthropist also called for support and encouragement for talented youth in the various sporting disciplines in the country as they will be replacements for the aging sports men and women.

He added that, the only way to adequately replace the aging sports men and women is to support and encourage the youth who will then be the reservoir to be trained and developed into future world champions and stars.

Nii Adotey Odaawulu I in his quest to bring out the talents from the youth in his jurisdiction has supported many sporting activities in Accra and Ghana at large. 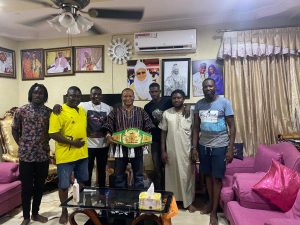 Faisal Abubakar reached the milestone in his boxing carrier as Ghana’s New Super Lightweight Champion following a dominant round 4 stoppage of Senator Agbenyo in the main bout of Deluxy Professional Boxing League fight night 4 at the Bukom Boxing Arena in Greater Accra.