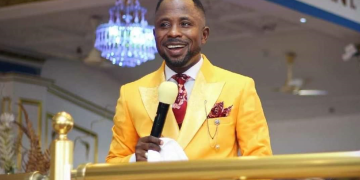 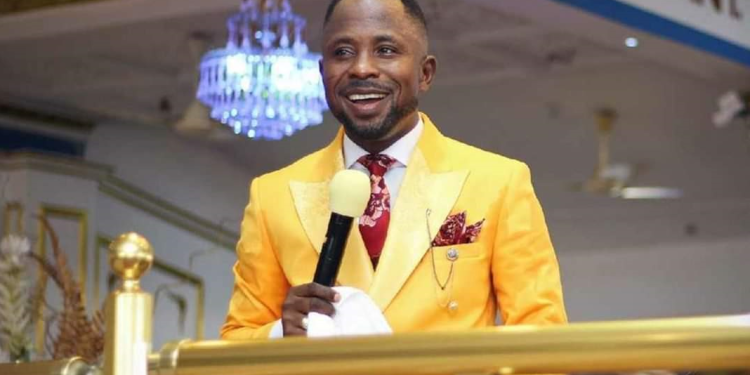 Eighteen years of ministry and actively running a Church with an average attendance of about 2000 people is definitely not for greenhorns nor for someone who immerged out of the shadows, it represents several years of hard work, consistency, dedication, disappointments and victories

Indeed, if one knows not the name Prophet Kpegah Tamakloe, founder and leader of Breaking Yoke Ministry International, it is not because of a lack of longevity in ministry nor exposure but due to a humble attitude he has towards the work of God.

At 40 and with the people he has impacted, locally, and internationally, it is fair to say that he would have earned some qualification to attempt imposing himself as the nation’s gatekeeper as many appear to do in their attempt to chase clout.

He could have used any means to be in the news, be it in the area of election predictions, dooms prophesy or anything outrageous that would make him the talk in the media space with some regularity.

After all, the blueprint is there, it is the modus operandi of many who identify themselves in the prophetic ministry so it would by no means have been unheard of.

However, akin to true followers of Jesus, Prophet Kpegah has chosen the path of decreasing so that Christ increases. It is this attitude of his that inspired this article, a piece to celebrate positive Church leadership and also let people know that the good things are done in the closet to advance God’s work get God’s brightest light shining on them when the time is due.

In an era when the Church has been commercialized and moneycracy dominating to the point where people take the option of being home instead of fellowshipping with other believers due to lack of money, the anthem of Prophet Kpegah the few time I decided to visit the Church has been that “don’t let the lack of money keep you away from coming to Church”. To make this practically possible, buses are provided free of charge for members from far to come to church and also go back home without much hindrance.

The structure of the Church service does not intimidate the don’t haves nor make the haves feel superior. While giving is encouraged, not having is not shamed nor the least attempt made to make such people feel alienated

In an era when some take money for consultation, sell oils and other stuffs at cutthroat prices in exchange for promised miracles which mostly don’t exist, the man I am celebrating has decided to do things differently, he has decided to be a great example to many people who want to walk with the Lord.

The Church in Ghana has reached the point where those closing the door to greed and taming the natural desire for excessive wealth have to be celebrated and shown to young aspiring leaders that indeed, amidst the noise, there are silent voices showing the way.

Such quality virtues have to be highlighted to serve as an example to others that resorting to sensationalism and making wild claims is not the right way to succeed in ministry but that sticking to a modest approach in the light of scripture is the way to go.

On my last visit to the Church, I had the privilege of meeting him and asking him a few questions about his journey. To him, the key to his growth has been obedience to the word of God and reliance on wise counsel from seniors in the ministry, both in and outside of the country.

He noted that journeying and learning from people of that stature places on him the burden to do things right and be guided by proven best examples.

It is not surprising that the humility to be mentored is one of the most highlighted themes in the Church, Prophet Kpegah believes that being guided helps people avoid repeating the same mistakes made in the past by those leading and aids in faster growth.

The second part of this article features his take on how Church Administration provides the perfect blueprints for political leadership and also how adhering to such principles could turn the fortunes of Ghana around.