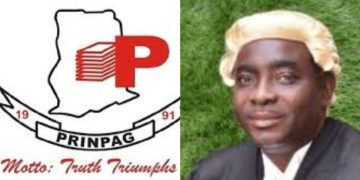 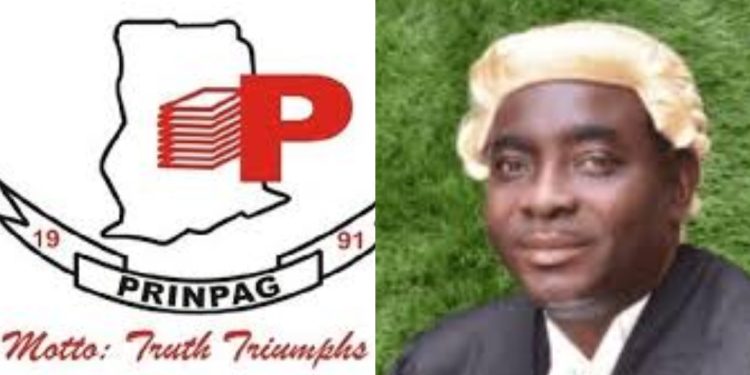 Andrew Edwin Arthur, President of the Private Newspaper Publishers Association of Ghana (PRINPAG), has suggested that, the continuous building of capacity of media persons across the country, would be an exercise in fruitiliy if more is not done to sustain the media industry.

He said this at the opening ceremony of the maiden media capacity enhancement programme on going in Kumasi.

It is under the theme: Equipping the Media to Play an Effective Role in Our Nation-Building and being organsied under the auspices of the Ministry of Information.

According to him, even though the programme is a commendable effort and initiative, he was quick to add that, there are certain critical issues affecting the media industry which will render these training programmes, an exercise in futility if they are not attended to with dispatch.

He said that, “it is a known fact in the media industry that, advertisements and subscriptions are key in sustaining circulation of newspapers but it is sad to state that, as we speak, most private newspapers have collapsed while others have remained dormant for years” he said in his remarks.

Andrew Edwin Arthur revealed that, these happen all because they do not have adverts while their subscriptions have also been terminated by some Ministries, Departments and Agencies for no just cause.

He further stated that “it is the prayer of PRINPAG that, while paying attention to enhancing our intellectual capability to perform better as media practitioners, we also pay attention to the business aspects of the media” he again said.

The journalist and Lawyer suggested that, the government, through the Ministry of Information should consider coming up with a media policy to ensure equitable distribution of state sponsored adverts among all media organisations.

This, he stated must be done irrespective of perceived political inclinations, in view of the fact that, that initiative constitutes a lifeline to the survival of media organisations in the country.

“Another critical issue worth paying attention to, is the conditions of service and the welfare of media practitioners, both present and after we have gone on retirement” he again revealed.

According to the PRINPAG boss, It is very pathetic the state in which some media practioners are left in when they go on retirement.

“With some becoming complete paupers and a burden to their families and friends, a development that is counter-productive to the growth of the media in Ghana and demotivating as far as attracting critical minds into the media profession is concerned” he revealed.

He is of the view that, now that, the government and other media stakeholders have initiated moves to support Ghana’s ailing media, the Government and all the National Media Groupings and Associations as well as other stakeholders must consider empowering the Working Committee, to also find ways of instituting a pension or retirement scheme for all media practitioners, into which scheme active practitioners will be asked to make contributions to safeguard our future in times of need. He said.

He again proposes that, “if possible the same Working Committee be empowered by all media stakeholders, to also look for ways of helping the individual media organisations to institute service conditions for their media practitioners, because as we speak today, the sad reality is that, some media practitioners are not paid a pesewa at the end of every month” he revealed.

He questions that, “how are the affected practitioners going to cater for themselves and their families and what kind of practice are they going to engage in” according to him.

The President of PRINPAG says “there is no gainsaying the fact that, the media are the fulcrum around which Ghana’s democracy and development revolve but the honest reality of today, is that, we are operating against a myriad of factors that have made it difficult for us to carry out our constitutional mandate as the fourth estate of the realm by holding our leaders to account… and to also play our watchdog role effectively” he said.

He again call on all media stakeholders in Ghana particularly the Government, to lead the discussion as to finding ways of strengthening the Ghanaian media without necessarily compromising their independence in the supreme interest of mother Ghana.

According to him, if we ignore these problems as a people, we may risk pumping resources into these series of laudable and all important training programmes only for the beneficiaries to become redundant, because there are no media houses in which to work, in view of the fact that, they might all have collapsed.