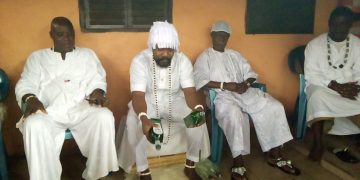 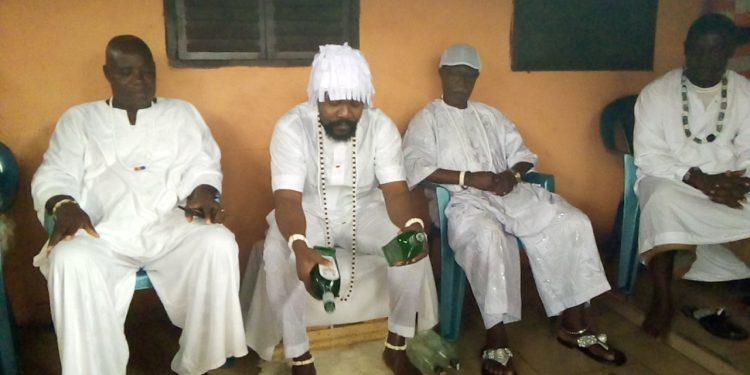 The Teshie Osabu Ayiku Wulomo, Nuumo Adjei Sankuma III and Teshie elders have on Sunday May 29, performed the sacred Bloahejuu rites to kick start other rituals to celebrate the annual Homowo Festival which is marked across the entire Ga States.

The sacred Bloahejuu rites forms part of the rituals performed by the Teshie Osabu-Ayiku Wulomo after the arrival of adeyebii from Antraye which marks the beginning of the Homowo rites for La and Teshie.

The adayebii arrives in Nungua on a Sunday to be followed the next Wednesday by the Bloahejuu rites by the Laakpa Wulomo. 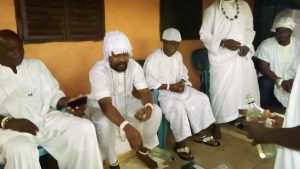 The Teshie Osabu-Ayiku Wolomo follows suit the following Sunday dawn to perform the sacred Bloahejuu rites for the principal deities in Teshie.

The Bloahejuu rites seek to cleanse the Teshie township ahead of the Homowo festivities and other traditional rites.

The sacred Bloahejuu rites, which is usually performed at the Teshie shrine was this year performed at the Nii Adjei Sankuma We due to the demise of the late Teshie Osabu-Ayiku Wulomo, Nuumo Adjei Kwaako II whose final rituals and farewell have not been completed.

According to history, some rituals needs to be performed for the final departure of the late Teshie Osabu-Ayiku Wulomo which will indicate that the hands of the late Wulomo has finally been washed off the Osabu/Ayiku shrine. 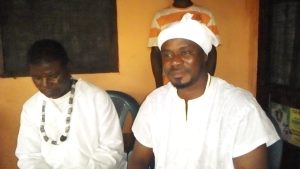 Also, the inability to perform the sacred Bloahejuu rites at the Shrine was as a results of a clash between two youth groups that led to the burning of the Shrine and some houses in Teshie which call for the need for some purifications at the shrine and the entire Teshie township.

The sacred Bloahejuu rites is an indoor ceremony performed at dawn by the Teshie Osabu-Ayiku Wulomo and participation is restricted to only traditional leaders and the initiates.

Before the commencement of the ritual, elders from various families came and gather at Nii Adjei Sankuma We. The ceremony starts with the sanctification of the place with “nmatswi” local incense comprising dried palm-tree flower sheaths placed at two main entrance of the Shrine. After the sanctification the Teshie Osabu-Ayiku (Chief Priest) proceedd to perform the rituals.

This year’s sacred Bloahejuu rites was blessed with a heavy rainfall which brought an hold to the performance of the ritual for about 30 minutes. 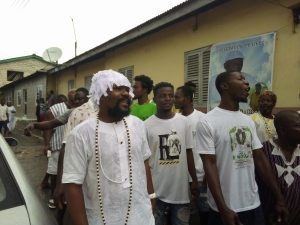 Many were those whose expectation was that the rain will settle before the commencement of the rites but the Wulomo and the elders have no option that to carry out the rites dispite the heavy rain.

Miraculously, immediately the Wulomo brought the rituals to an end the rain ceased and followed with the sunrise.

It is the belief of the elders that the Deities and Ancestral Spirits have endorsed the ceremony with a benign rainfall which ceased at the end of the rites.