Gabby who rubbished 2020 debate, now wants one on e-lvey or IMF

Gabby who rubbished 2020 debate, now wants one on e-lvey or IMF

A leading member of the President Akufo-Addo, Bawumia-led New Patriotic Party (NPP) government, Gabby Asare Otchere Darko is calling for a national debate on whether or not Ghana should run to the IMF for a bailout or pass the e-lvey, both or none.

Gabby who is nicknamed Prime Minister of his uncle, President Akufo-Addo during the hit up of the 2020 election campaign rubbished the call for Presidential debate between the Presidential candidate with representation in Parliament saying there was no need for such debate and that the records of the NPP and the NDC were clear. 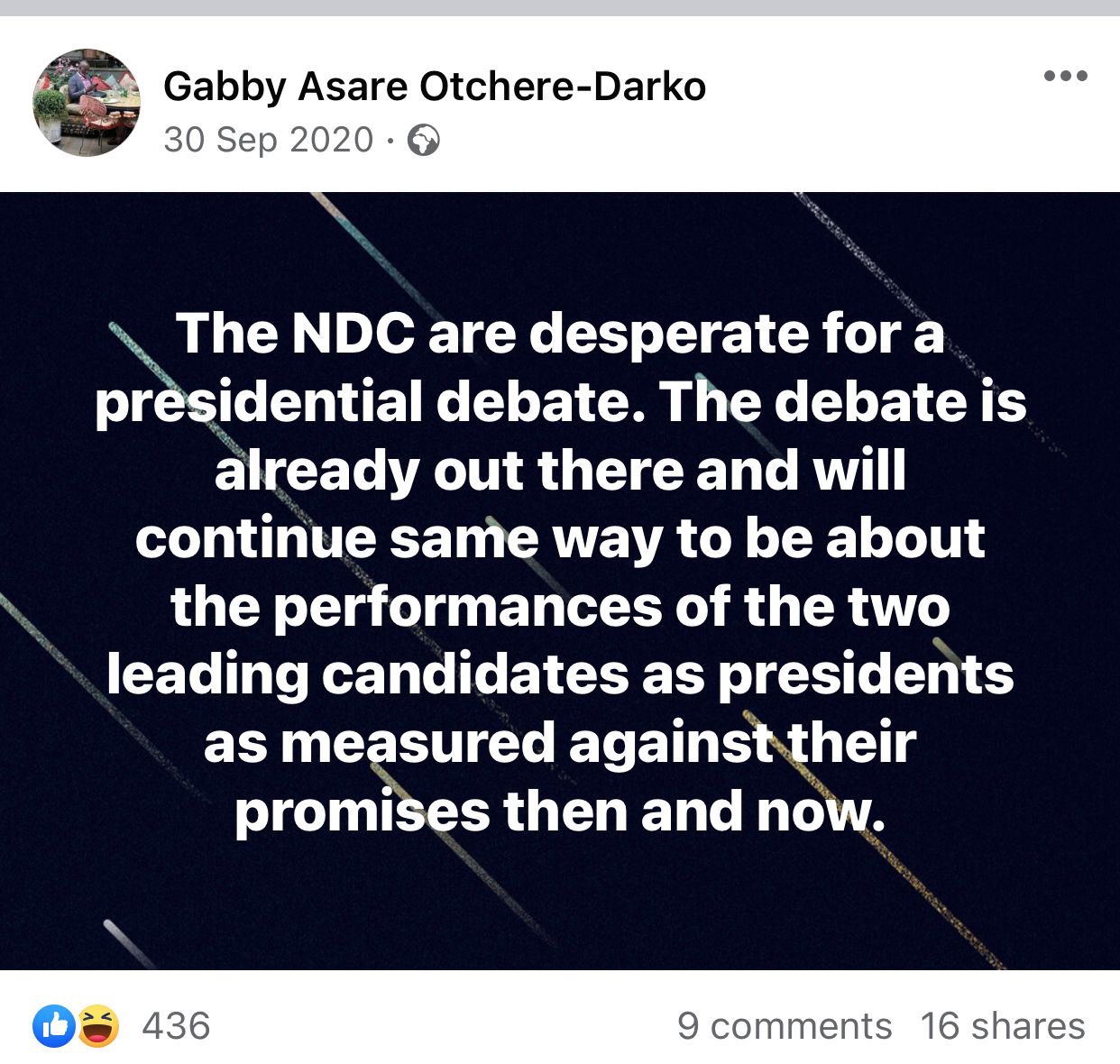 However, in less than 2years after this NPP won the contested election results is now calling for a debate over the government going to International Monetary Fund for a bailout, an action for which they fiercely criticised President Mahama’s administration saying it was only out of a mismanagement of the economy that could make a rich country like Ghana go for IMF bailout. 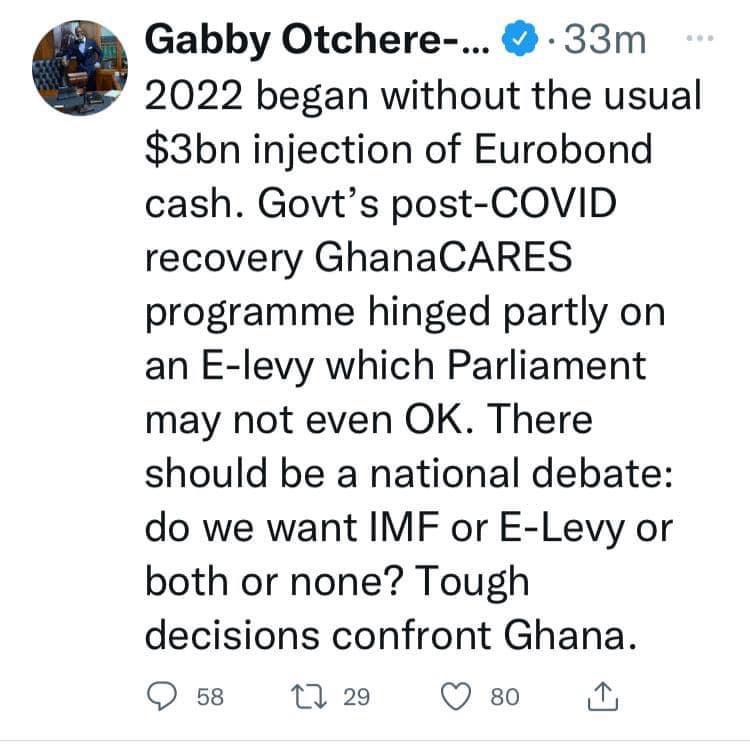 Describing going to IMF as a tough decision, it was clear that government is now accepting that the economy has collapsed despite the huge amounts of money borrowed by the 5years old government which is more than monies borrowed from the first Ghana’s President Nkrumah through to former President Mahama’s era.

Today, the dollar has hit GHc8.12, petrol at GHc10.1 per litre,  inflation over 15%, skyrocketing of food prices amid severe hardships.