FREE SHS MUST BE FOR ALL, STOP DISCRIMINATING AGAINST CONTINUING STUDENTS

FREE SHS MUST BE FOR ALL, STOP DISCRIMINATING AGAINST CONTINUING STUDENTS

[dropcap]G[/dropcap]ood afternoon fellow Ghanaians. The long awaited contradictory 419 budget has finally been read and l believed the expectations of many were not met at all.

The unemployed graduate was highly expectant to hear something concerning job opportunities but it was a fiasco.hahahahaha

The electorates have cause to worry about the increasing dishonesty during political campaigns.

[ads1]Political leaders  who trade in deception to win votes seem to ignore the fact that lying to the electorate undermines the trust of the people they seek to govern. Not part of my main issue though.

It is daily becoming increasingly interestingly ridiculous the way and manner HE Nana Addo led NPP government is trying to play smart on Ghanaians concerning his Free SHS Policy.

The past NDC government had stated on all given occasions that,issues concerning SHS education should be made “Progressively Free” as enshrined in the constitution of the country and in the light of that,had even gone ahead to put in the very necessary measures and conducive atmosphere towards achieving that dream in the future.

This is highly evident in the conscious efforts the then NDC led government had made in putting up massive infrastructure for already existed Senior High Schools across the entire country and the establishment of Community Day High Schools.ln addition to that, HE former President John Dramani Mahama led government in the 2016/2017 academic year which began last year September absorbed the following levies for all Senior High School Students in the country.

It must however be put on record that,all the above levies were made free even before HE Nana Addo took office on January 7th,2017.So anybody who says he or she is coming to make it free,please kindly help me tell the person those levies are already free.

This amount has been absorbed for all Form 1-3 SHS students in the entire country and there was no discrimination against any particular year group.So why will the NPP government that believes so much in Free SHS not do  same but decided to discriminate?

The Minister for Monitoring and Evaluation, Anthony Akoto-Osei, has said the Free Senior High School (SHS) programme to be rolled out in September this year will only cover first year students.

“Free SHS is for the people who are entering SHS for the first time [in September 2017] because that is when the policy kick starts and that,the continuing students pay for their education.

But then, looking at the NPP’s 2016 Manifesto critically one will observed that, it was captioned “CHANGE-An Agenda For Jobs. Creating Prosperity and Equal Opportunity For All”

ln Chapter 9 of their manifesto which talks about education has this to say about the Free SHS. “The  NPP  will  redefine  basic  education  to  include  Senior  High  School (SHS),covering  vocational, agricultural  and  technical  schools,  and  make it available for free on a universal basis to all Ghanaians”

So where was it stated or written that,only Form 1 Students should or would benefit from their so called policy?Again, one will ask so are they by so doing” Creating Equal Opportunity For All as stated in their own manifesto?Could this not amount to human right violation of the continuing students?

One other thing bothering the minds of a lot of people is all the levies that are currently free for all the Senior High School Students whether the parents of the continuing students will be made to start paying them again starting next academic year? Ghanaians need answers to the above questions.

This upcoming hostile discrimination against continuing students must be condemned by all. lt is very important and will be very prudent the NPP act according to what they told Ghanaians when their party was seriously seeking their votes in order to win political power.

It will be better and proper the government looks for money to cater for the continuing students too as well as they are also Ghanaians and anything apart from that, will be a slap on the faces of those parents who voted with the hopes of their wards enjoying Free SHS Education who are also tax payers and betrayal on the part of the NPP, a breach of our 1992 constitution and must not be accepted at all.

As we have been told by our President not to be spectators but rather citizens let us all get interested in this issue of the continuing students and fight justice for their right.

God bless our homeland Ghana and make our nation great and strong. 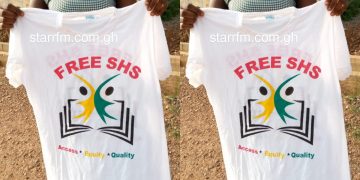 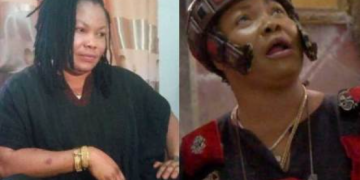 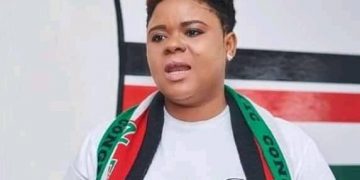