by Awake ShowBiz
in Celebrities
A A
0

Tattoos have meanings and reasons why people especially celebrities choose to get their bodies tattooed. Most often than not, other people also read different meanings into a tattoo and that can be very harmful especially when misinterpreted.

A Fan by name Rebecca Agana has read a deep meaning into the big tattoo under the breast of Ghanaian songstress Ebony Reigns on Facebook as monitored by Fnnewsonline.com

Rebecca Agana revealed that the tattoo under Ebony’s breast is called the ‘star of David and the wings’ which represents occultism.

She further explained that the tattoo is an occult sign is being used in magic, sorcery, divination, witchcraft and again represent 666.

She revealed that she has stopped following the musician as she is not ready to sell her precious soul to the devil.

Rebecca Agana finally cautioned that people should search the meaning of the ‘star of David and the wings’ to fully understand her.

“Guys find the meaning of the tattoo under her breasts,is called the star of David and wings. This is an occultic sign used in magic,sorcery and the likes and also represents 666,i used to be her fan but not anymore cos am not ready to sell my soul to the devil. We could be taking 666 in a modernized way,lets be careful. Remember to search for the meaning(star of David and wings). Am referring to those who are not ready to sell their soul to the devil like me ,I Ve done my part.” 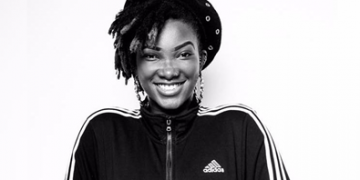 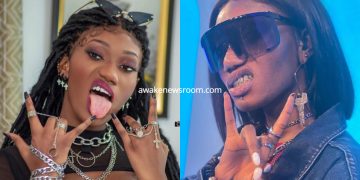 Should Wendy Shay’s “Lovers” be worried?