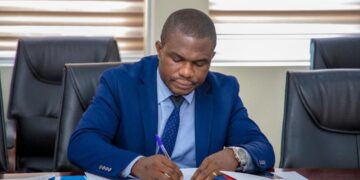 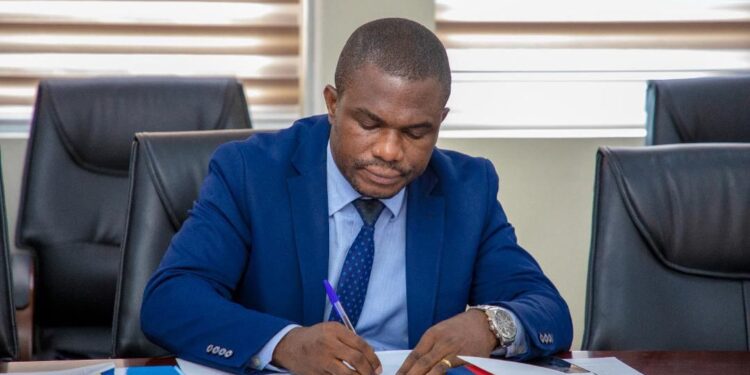 Dr. Eric Nkansah has officially been confirmed as the new Director-General of the Ghana Education Service.
He has taken the position after his predecessor, Professor Opoku Amankwaah’s appointment was terminated.

In letter referenced GES/HQ/HRMD/SEC/23/01 which has the signature of Angela Frimpomaa Nkansah (Ms), the Ag. Director HRMD, Dr. Eric Nkansah has been confirmed as the Director General of the Ghana Education Service (GES).

The three Teacher Unions, namely, Ghana National Association of Teachers (GNAT), National Association of Graduate Teachers (NAGRAT) and Coalition of Concerned Teachers (CCT-GH) declared a nationwide Industrial action (strike) with the reason being that, the then appointed Ag. Director does not qualify to be appointed as the Director General  of the Ghana Education Service because he has no educational background.

The confirmation letter stated that, as a result of his confirmation, all correspondents and memoranda should be addressed as such.

Dr. Eric Nkansah has over the last 13 years fervently worked as a banker, lecturer, researcher, and a financial consultant.

The Teacher Unions are yet to respond to the said confirmation of Dr. Eric Nkansah as Director General of the Ghana Education Service.

Read the full statement below 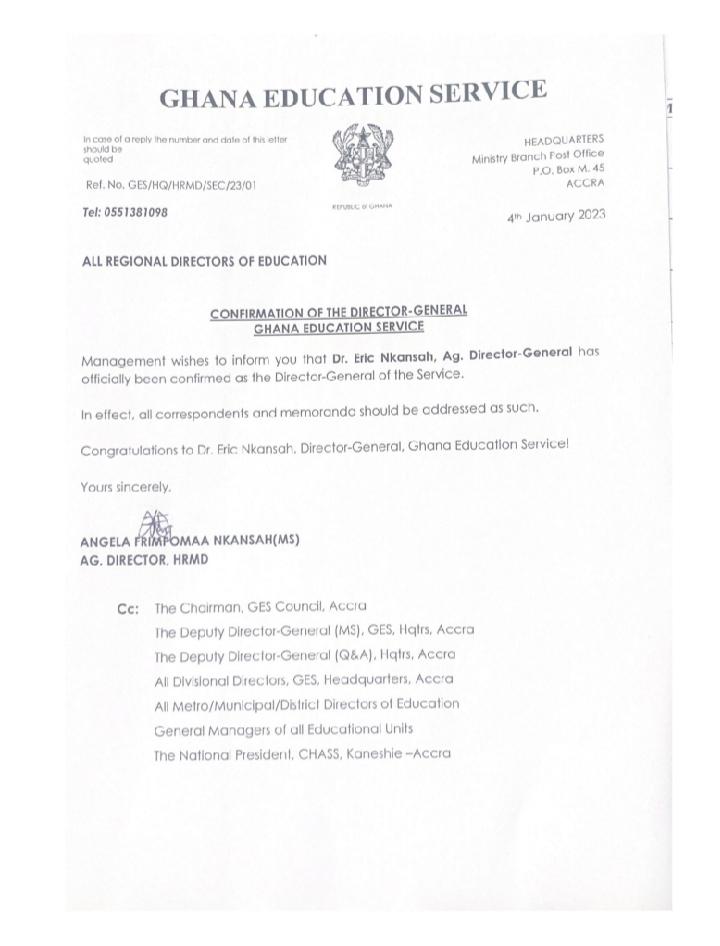