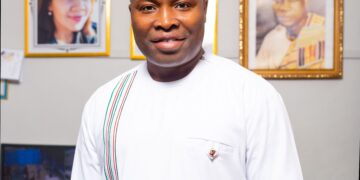 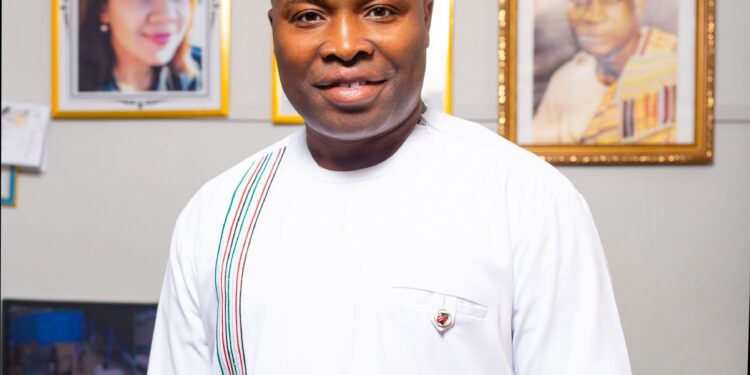 The incumbent Constituency Chairman of Ablekuma Central Constituency of the National Democratic Congress, NDC, Mr. Kofi Kplorm Dordunu has stated that his achievements for the party in the Constituency over the past four (4) years is unprecedented and that there are physical evidence to show.

According to him, when the good people of Ablekuma Central gave him the mandate four years ago he assured the constituents of a befitting party office as well as winning the Parliamentary seat for the NDC.

This he said through the efforts and determination of he and his team he was able ensure victory in both the Parliamentary and presidential votes in the constituency during the 2020 General elections.

He added that he has uplifted the face of the Constituency to a higher height and strengthened the support base of the party in the constituency by providing support during funerals, naming ceremonies among other engagements in the constituency just to assure the people that the NDC cares for them.

According to him, as a young and vibrant entrepreneur he ensured that about 99% of his workers are from his constituency which forms part of his plans to ensure that the youth of ABC have at least a source of livelihood to cater for themselves and their needs.

The incumbent Constituency Chairman stated that his research has revealed that most of the youth in ABC have some skills training which has compelled him to created a database that has captured the professional details of all NDC sympathizers with some of them have being offered jobs through the database.

Mr. Kplorm Kofi Dordunu further revealed that he has single handedly provided scholarships to some needy but brilliant students in his constituency with one of them gaining a scholarship to study in Germany of which he personally sponsored the cost of preparing the traveling documents.

He stated that for the first time in the history of ABC there is an ongoing construction of the party office stressing that the constituency will soon boast of its own party office and not be in a rented property anymore.

According to him, the current party office was rented and was furnished with Chairs and air-conditioner by the vice Chairman and some Members of the Great party in the constituency.

These and other achievements he said are there for all to see. He added that those are a few of what he has given to the constituency and promised that if he is retained he has more than enough to give to his people.

Mr. Kplorm Kofi Dudornu is a philanthropist, an entrepreneur and a man of vision whose aim is to take the Constituency to the right direction in terms of providing jobs, empowerment of both the youth and women as well as education without the support of any organization.