by Efo Korsi Senyo | Executive Editor
in Editor's Choice, Politics
A A
0

[dropcap]V[/dropcap]ice President Dr. Mahamudu Bawumia has fired salvos at the Minority National Democratic Congress (NDC) in parliament, describing them as “ignorant” following their stance over the issuance of a $2.25 billion 15-year domestic bond.

The minority at a press briefing on Tuesday, April 18, 2017 cited the finance minister for conflict of interest and lack of transparency in the issuance of $2.25 billion 15-year bond.

Government issued 15 and 7-year bonds with a coupon rate of 19.75%, raising a total amount of USD1.13 billion. The Finance Ministry [ads1]additionally raised cedi equivalent of USD1.12 billion in five and 10-year bonds through a tap arrangement. Former deputy finance Minister Casely Ato Forson at the press conference asserted Franklin Templeton Investment limited which acquired about 95% of the domestic bond floated earlier this month has a direct relationship with Mr. Ofori-Atta.

Vice president Bawumia who is currently in Washington attending the World Bank/IMF spring meeting told the media the Minority lacks “understanding in managing the economy.”

He said: “It shows a lack of understanding. The minority has never understood this economy. It shows ignorance and I’m so sad this is coming from people who should know better.”

“Maybe they should read a little… we are doing even much better,” Dr. Bawumia punched the Minority, adding, “They are really demonstrating a lot of ignorance in the process of managing the economy.”

The minority is calling for a parliamentary probe into the deal.

The NDC MPs are threatening to drag the finance Minister to the Commission for Human Rights and Administrative Justice (CHRAJ) if their quest to get the Legislature to look into the deal fails.

“Furthermore, we also intend to exercise the option of filing a report/petition with the Financial Services Authority of the U.S.A to investigate Franklyn Templeton. We also wish to point out that this Bond issue is clearly an international economic/business transaction within the meaning of article 181 (5) of the Constitution.

“Therefore, we expected that the bond issuance would have been brought to parliament for approval”.

However, speaking to Starr News, a deputy Finance Minister Abena Osei Asare refuted claims of the minority explaining the previous administration dealt with the investor in question. “What the minority is seeking to do is just throwing dust into the public eyes. There are more important issues that we need to discuss. —This Franklin Templeton Investor that they are talking about, we’ve been doing business, Ghana has been doing business with them for more than 10 years now so I honestly don’t see what they are talking about”.

The Atiwa East MP also challenged claims the deal was shrouded in secrecy arguing the one day used in floating the bonds is a normal practice.

She stressed: “There is an issuance calendar which comes every quarter that will tell you the number of bonds that is going to take place in a particular quarter. So this is nothing new, they knew about it. They said that the period was just one day, my brother usually it’s two days but it’s happened before that these bonds are done in a day, there is nothing wrong with that, this is nothing out of the ordinary. It wasn’t done in secrecy, there is not conflict of interest here and they are free to do whatever they want to do. But I believe that in their quest to come to power, they shouldn’t destroy this country through some of these things. This is an investor you have worked with before; over 10 years. This investor bought 3.5 billion of your bonds so this is nothing new”. 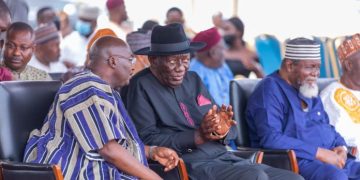 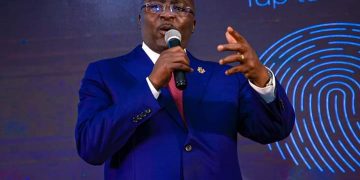 Bawumia launches GhanaPay; says first of its kind in the world 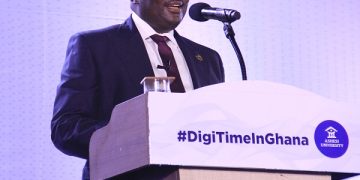 Why did Prof Gatsi answer himself in a needless response to the Peerless DMB? 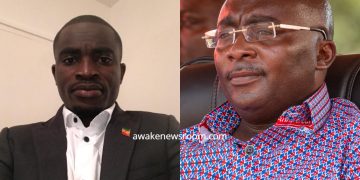