by Patrick Kofi Zonu Jnr. | kofi@awakenewsroom.com
in Politics
A A
0

The Member of Parliament for North Tongu in the Volta region Honourable Samuel Okudzeto Ablakwa has given a hint of what President Akufo Addo’s appointees should expect when they come to face the appointment committee of parliament.

In Facebook post, the Member of Parliament who is also an NDC Member on the 26 member committee said it is his prayer that the committee will put first the Supreme interesting of Ghana in executing its Mandate.
His post reads as follows;

“An exceedingly interesting composition of Parliament’s Appointments Committee (a rather beautiful 13-13).

Remember Standing Order 172 (8) stipulates that a candidate who fails to secure 50% of the votes cast is rejected. Order 172 (4) makes that voting process a secret ballot.

Instructive to note that Order 211 (5) forbids the Chairman from having an original vote.

May the supreme national interest, respect for our laws and good conscience guide us all.

Wishing all prospective ministerial nominees the best of luck.”

With the NDC and NPP having 13 members on the committee each and the equally same number of seats in the house, it promises to be some interesting sitting when the committee begins to vet the yet to be named appointees. 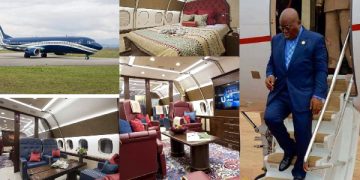 Akufo-Addo blows GHc34m on Private Jet in 13-months; see the list of trips 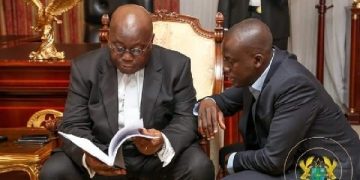 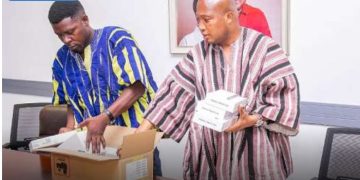