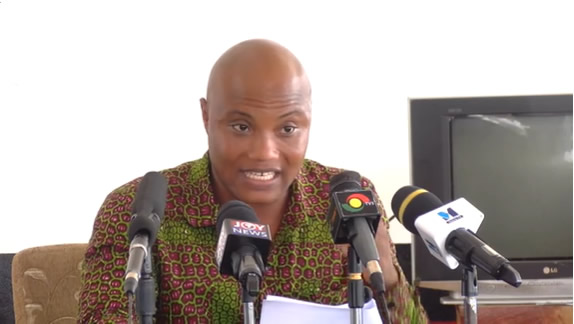 The Deputy Youth Greater Accra Region Youth Organizer, Amos Blessing Amorse of the opposition National Democratic Congress (NDC) has said the recent Supreme Court ruling that the two deputy speakers can vote whiles presiding over the house is a pure misinterpretation of the 1992 Constitution of Ghana.

Drawing inspiration from the late American civil rights activist, Amos quoted “Martin Luther King Jr has long stated that unjust laws are not laws and must not be obeyed.” saying “Relative to this, the recent decision by the Supreme Court in respect of deputy Speakers must be thrashed in defense of the Constitution.”

He has since called on the MPs on the Minority side of the house to “disregard it and do whatever it takes to DEFEND and PROTECT the Constitution.”

“This act of judicial rascality must not be entertained.” – he fumes.

The huge public opposition to the government’s proposed 1.75% tax on all electronic transactions couple hung parliament has given birth to some chaos in Parliament where the 1st Deputy Speaker, Joseph Osei Owusu whiles presiding over the house attempted to vote on the matter before your house.

Earlier, he has counted himself as an MP present to help the NPP form a quorum to overturn the rejection of the 2020 budget whiles the main Speaker, Alban Bagbin was out of the country for a medical review.

That action by the 1st Deputy Speaker forced Richard Dela Sky to file a suit at the Supreme Court to seek clarity on the matter.