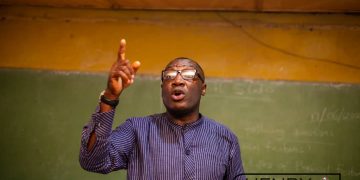 It can be recalled that in April this year, the Management of TOR sought approval from the Ministry of Energy to engage a private partner to commence the revamping of TOR.

Meanwhile, the Management of TOR in a release last Thursday announced that “the Ministry of Energy has permitted the company to negotiate a lease agreement to refine crude oil with a private investor, Decimal Capital Ltd.
“The deal is expected to boost the local supply of refined oil products and help stabilize the Ghana Cedi, in the lace of the ongoing International oil market crises.

“The investment partner is expected to provide funding for a first phase, which will bring the Crude Distillation Unit (CDU) back on stream to refine about 45,000 barrels per day in the next few months.

A local transaction advisor has been contracted by TOR to lead the negotiations in formulating the lease agreement which is expected to be completed over the next three to four weeks,” the release added.

Reacting to this development in a tweet, Hon Henry Osei Akoto says his party, NDC must have an interest in the partnership deal.

He queried why TOR did not disclose the name of the transactional advisor on the deal thus such an attempt by the government is utterly unacceptable and a move to steal from the Nation’s rich oil resources.

“We the NDC must be interested in this TOR partnership. Who are these private partners benefiting from the lease? Who are the ones behind Decimal Capital Ltd? Why is TOR not disclosing the names of the transaction adviser on the deal? Government must be open to the deal. We must be careful with this deal. The NPP has a track record of ridiculous deals shrouded in secrecy and corruption. TOR and Egyapa Mercer should provide more details. All we have heard so far is speculative. We are happy TOR is revamping but there should be more info and openness” he quizzed

Last week, a deputy Minister for Energy Andrew Egyapa Mercer disclosed that,
“TOR is saddled with debt which reached GH400 million and had also struggled to pay utility bills in the past.”
The Tema Oil Refinery is Ghana’s only refinery established in 1963.
The refinery is situated in Tema, Accra. It was originally named the Ghanaian Italian Petroleum (GHAIP) Company and incorporated as a Private Limited Liability Company under the Companies Ordinance (Cap 193) on December 12, 1960.

It was 100% owned by the ENI Group (Ente Nationalie Indrocarburi) of Italy. The Government of Ghana bought all the shares of GHAIP in April 1977 and became the sole shareholder.
In 1990 the name was changed to the TOR.

Akufo-Addo is the most wicked, tyrant President in Ghana’s History – Osei Akoto