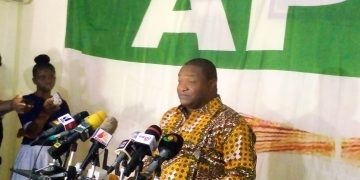 Our Country Is On It’s Knees Due To Silence From Clergy, CSO,s Others – Hassan Ayariga

Our Country Is On It’s Knees Due To Silence From Clergy, CSO,s Others – Hassan Ayariga 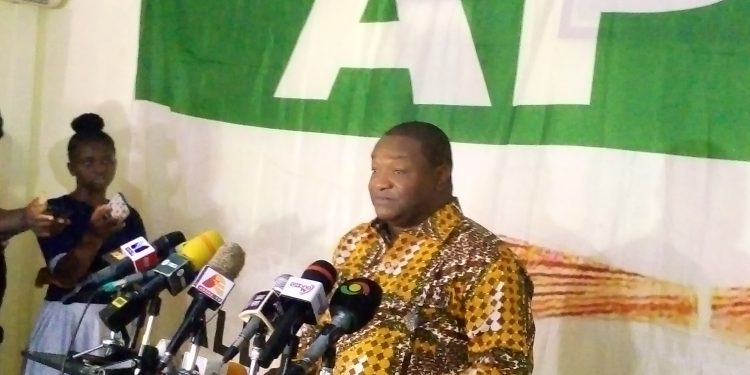 The Founder and Leader of All People’s Congress (APC) Dr.Hassan Ayariga has said the country is on it’s knees due to the silence from the clergy, peace council and some civil society organizations whose voices have always been loud enough at other times but have suddenly gone to sleep and not awaken.

Dr. Hassan Ayariga Said this at a press conference in Accra to outlined the way forward in solving many challenges confronting the country.

He called on all Ghanaians to rise above pettiness and greed to speak truth to power and save the country from sinking.

According to him, Ghanaians are suffering and many cannot afford three square meals a day adding that the hardship is killing people slowly, therefore let’s not be afraid and refuse to talk on behalf of the people who do not have a voice of their own.

He said the indiscipline is too many hence the need for something to be done to curb the situation before it gets to uncontrollable situation.

Dr. Ayariga stated that fuel prices and other utilities tariffs are on the rise almost every day, transport fares are increasing every day and thereby worsening the plight of the citizens.

He added that cost of goods and services keep rising as if there is no economic management team in government.

Rising energy prices, he said has tougher financial conditions and rising food prices has hit our economy badly as many are in deplorable situations and a looming state of state collapse.

The economy of Ghana according to Dr. Ayariga is really looking terrible that the government owes every sector which had compel some institutions to go on strike.

On the country’s Debt Stock the founder and leader of ACP revealed that Ghana’s public debt stock is 81% to GDP and the government have mortgaged all the country’s mineral resources and natural
resources for loans. This he said has put the country’s debt stock at a highest peak and one would wonder how we got there adding that the country can’t continue borrowing when we can manage our country without borrowing.

The inflation today he said is 27.6% making Ghana the sixth (6) in the world.

He revealed that 2020’s fiscal deficit of 15.7%, again was the highest in the West African sub-region and the
second highest in the entire Sub-Sahara African region behind Seychelles.

“Clearly, looking at the trend of upward trajectory since 2017, this has nothing to do with CoVID-19, we were already in a mess before COVID-19” he noted.