Ghana goes to the polls December 7 to elect the nation’s President and Members Of Parliament With 57 percent of the population under the age of 25, and the youth vote is considered decisive.

The notion behind the peace walk he said was to ensure violence-free elections. Prominent Chiefs, youth leaders, current and former Assembly members, stormed the streets of Manhean, Afuaman and its environ to preach peace to the people and the consequences of electoral violence.

In an interview with the media, Sarki Ahmed Kadir Abdul Kadir called on all political parties to maintain unifying statement for peace ahead of the December polls. He reiterated that peace walk was aimed at ensuring that the youth particularly Zango desist from actions that will create anarchy and mayhem at polling stations.

He added that the peace walk was also meant to create awareness about unity and to remind the populace that Ghanaians are one people with a common destiny and should not allow political and tribal differences to divide the nation.

Sarki Ahmed promised to use his influence to galvanize the youth in their various communities, preach the message of peace and instil patriotism in the youth.

He urged Ghanaian youth to rather utilize their valuable time productively and focus on their future and peaceful co-existence with others in society. 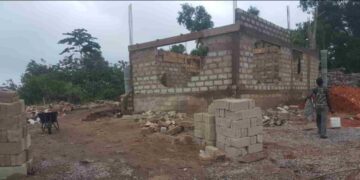 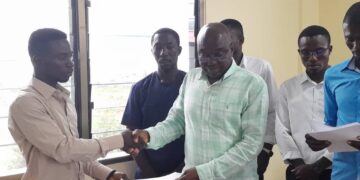