by Efo Korsi Senyo | Executive Editor
in Editor's Choice, Finance
A A
1

Mr. Gyamfi is accusing the embattled Finance Minister and cousin of President Akufo-Addo for allegedly bringing himself into a conflict of interest in the raging 2.25 billion dollars Bond that was floated by the Ministry of Finance on the 31st of March, 2017.

Ghanaians have been outraged at the manner in which the Bond was issued, the secrecy surrounding the sale of the Bond to a company [ads1]whose director is also the group Board Chairman of Enterprise Group, a company owned by Mr. Ken Ofori Atta is what is enraging Ghanaians.

Industry experts have also spoken against it and have raised a potential dip in investor confidence with Ghana, in a recent interview with Accra based Citi FM, the Attorney General who is the principal legal advisor of the Government in an angry outburst said she was not aware of the Bond deal and was hearing about it for the first time from the interviewer.

Mr. Gyamfi’s petition is seen as the start of a long list of legal challenges that will hit Mr. Ken Ofori Atta.

PETITION TO INVESTIGATE CONFLICT OF INTEREST IN THE RECENT US$2.25 BILLION BOND ISSUED BY THE GOVERNMENT OF GHANA THROUGH THE MINSTRY OF FINANCE

A number of issues of conflict of interest and lack of transparency have emerged from the bond issuance.  It is imperative that the Commission on Human Rights and Administrative Justice (CHRAJ) investigates same to protect the national interest as per its mandate under article 218 of the 1992 Constitution of the Republic of Ghana.

There is credible information in the public domain as follows:

1992 Constitution of the Republic of Ghana

“Article 284 – A public officer shall not put himself in a position where his personal interest conflicts or is likely to conflict with the performance of the functions of his office.”

Code of Conduct for Public Officers of Ghana

Public officer shall ensure that their personal interests or activities do not interfere with or appear to interfere with their obligations to serve the state.

Public officers shall not seek or obtain personal or private benefit from the use of information acquired in the course of their official duties.

Public officers shall not put themselves in a position where their personal interest conflicts or is likely o conflict with the performance of their functions/duties.

“2.0 Definition of Conflict of Interest

A Conflict of Interest refers to a situation where a public official’s personal interest conflicts with or is likely to conflict with the performance of the functions of his/her office. In other words, a conflict of interest includes:

which is or appears or has the potential to be in conflict with the proper discharge of a public official’s duties in the public interest.

Conflict of interest occurs when a public official attempts to promote or promotes a private or personal interest for himself/herself or for some other person, and the promotion of the private interest then results or is intended to result or appears to be or has the potential to result in the following:

Whenever a conflict of interest situation occurs or is likely to occur, the public official must make a disclosure of the situation as provided by law or as follows:

What to disclose  :    assets and liabilities; gifts, conflicting interests, outside employment, and NGO activities

How to disclose   :    in writing, verbal, and surrendering the item

When to disclose :    as soon as a conflict of interest situation occurs or is likely to occur, and when in doubt

To whom               :    CHRAJ, superior officer/head of institution, and ethics committee or compliance officer or a similar set up within the institution

“Resolution and Management of Conflict of Interests

Conflicts of interests may be resolved or managed by one or more of several ways, including the following:

Other relevant applicable rules are as follows:

“General Rule: A public official shall not participate in an official capacity in any particular matter which to his knowledge:

An example of self-dealing is the practice where tender board members bid for public contracts, which the board manages.

A public official shall not participate in a matter involving specific parties, which he/she knows is likely to affect the interest of a member of his/her family, friend or partner if a reasonable person with knowledge of the facts would question his/her impartiality in the matter.

“Use of Public Office for Private Benefit

Several questions must be answered including the following:

In line with my duties as a citizen of this nation, and in light of the above, I have no option than to petition CHRAJ for an investigation into the matter and the application of the necessary sanctions.

I am confident of your ability to investigate this matter thoroughly, dispassionately and in a non-partisan manner to help us reach a just conclusion.

Yours in the Service of the Nation

Her Ladyship the Chief Justice 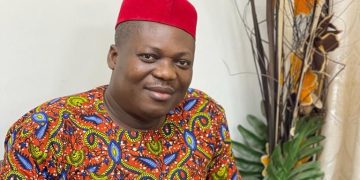 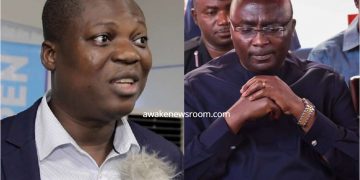