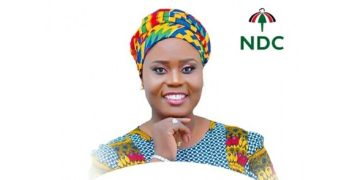 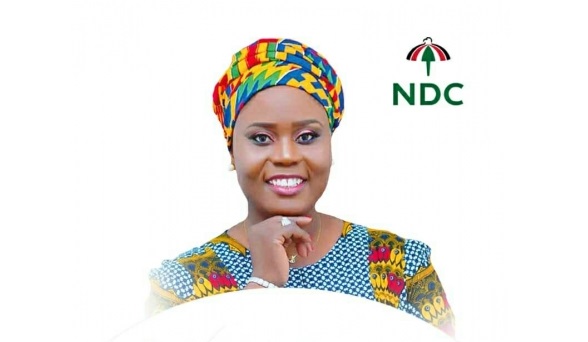 The Communications officer for the National Democratic Congress (NDC) in the western region, Mr Richard Kirk Branch is calling on Ghanaians and the general public to ignore the lies of the governing party (NPP) which seeks to paint a hopeless picture that the MP for Jomoro Hon.Dorcas Affo-Toffey has an Ivorian passport and American citizenship.

He argued that in the spirit of patriotism and nationalism,the MP is a Ghanaian and so the public should ignore the blatant lies spewed by the NPP and it’s pro- Newspaper that the Mp will surely loose the case , giving falsehope to its teeming supporters.

According to him, the leadership of the has been a cover for the csse and legally the NDC is relentlessly fighting a worthy battle battle in order to win the Case to shame the deceitful NPP government.

The NDC communication bureau made this call in a press release issued which was signed by its current Communications officer , Richard Kirk Mensah

Below is the full press release:

IGNORE THE LIES AND DECEPTIONS FROM THE NPP SPIN DOCTORS AND THEIR SURROGATES.

Stories in circulation about what transpired in the Sekondi High Court is just a wicked propaganda by the NPP to deceive their supporters after an abysmal performance in court Last 3 days.

We all remember the reasons the NPP through their Petitioner Mr Joshua Emuah Kofie went to court.

They claim the Jomoro MP Hon. Dorcas Affo-Toffey as at the time she filed her nomination to contest as a member of Parliament was a citizen of Ivory Coast and it is clearly stated in the witness’ statement of the Petitioner.
They went ahead to allege that the MP also has a United States of America citizenship and they had prove of such documents to back their claim.

The lawyer for the Petitioner Mr Agyekum, in his cross examination has so far failed to proof that the MP has any documents which proves that she was an Ivorian and American Citizen as at the time she filed her nomination to contest .

The petitioner on a wild goose chase wasted over an hour and half without making any meaningful substantial argument linked to the claims but rather focused on the place of birth and date birth which had no bearing on the issue in court.

She recounted that she was 16yrs when her maternal family members brought up the issue of a student exchange program in 1991 in USA.
The Ivorian family members prepared her travel documents in 1991 even though she had completed Nkroful Sec School.
And that is how she ended up traveling to the USA through Ivory Coast.
Hence the acquisition of the Ivorian nationality.

The NPP knew they had lost the case when the Petitioner in an open court, testified that he did not have any evidence to support their claim that the Hon. Member of Parliament has any valid Ivorian citizenship as at the time of filing of her nomination. They have therefore run to the media to give their supporters false hope.

The National Democratic Congress fully believes that the matter in court lacks merit and at the end of the trial the MP will continue to serve the good people of Jomoro.