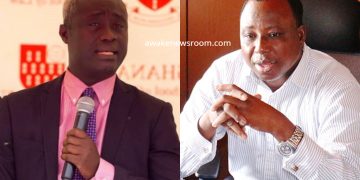 by Britney Brown
in News
A A
0 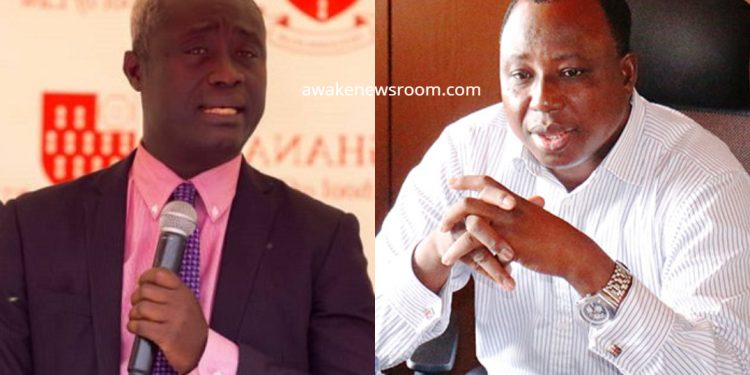 “Accordingly, I write on behalf of the millions of concerned Ghanaians under Section 12 of the Commission on Human Rights and Administrative Justice Act 1993 (Act 456) to humbly request you to invoke your jurisdiction and powers under Section 7 of Act 456 to investigate Mr. Maxwell Opoku-Agyemang and his two accomplices and where they are found by your office to have abused their office and engaged in corruption, appropriate punishment should be handed them to serve as a deterrent to other public officeholders.” – Mr. Senyo said in his petition.

According to him, the conduct of Mr. Maxwell Opoku-Agyemang; Mrs. Juliet Adu Adjei and Ms. Marian Atta-Boahene as found by the GLC bothers not only on illegality but a possible case of fraud, abuse of office and corruption by public office holders.

Mr. Senyo has also petitioned the General Legal Council to strike-off the name of the officials from the roll of lawyers and IGP to arrest and prosecute the said officials.

On Friday, March 18, 2021, in my capacity and my duty as a citizen of Ghana, I submitted a petition to the Honourable Chief Justice of the Republic of Ghana, His Lordship Justice Kwesi Anin-Yeboah as Chairman of the General Legal Council, humbly requesting him to direct the Judicial Secretary to strike-off the name of Maxwell Opoku Agyemang, the Former Acting Director of the Ghana School of Law and his two accomplices from the Roll of Lawyers in Ghana.

This request became necessary after the General Legal Council itself found Maxwell Opoku-Agyemang and the 2 others, guilty of illegally and fraudulently admitting ten (10) unqualified persons as students of the Ghana School of Law during the 2020/2021 admission process through the back door.

SECTION 16A OF THE LEGAL PROFESSION ACT, 1960 (ACT 32) empowers the General Legal Council to direct the removal of the name of a lawyer from the Roll of Lawyers without holding a disciplinary hearing.

In this case, the General Legal Council’s disciplinary enquiry into the conduct of Maxwell Opoku-Agyemang found him guilty of the illegal admissions orchestrated by him.

A recent letter by the Judicial Secretary, Her Ladyship Justice Cynthia Pamela Addo to the Ghana School of Law dated 14th February 2022, conveyed the directive of the Council to the Ghana Law School requiring disciplinary actions to be taken against Mr. Maxwell Opoku-Agyemang and his two accomplices.

I am of the strongest belief that the conduct of Mr. Maxwell Opoku-Agyemang and his accomplices as established by the General Legal Council borders not only on illegality, but also on immorality, fraud, and dishonesty. This gravity of their misconduct makes them totally unfit to be lawyers in the first place, and completely unworthy to remain on the very revered Roll of Lawyers in Ghana.

I, therefore, plead with the General Legal Council to apply the rule without fear or favour, especially in a matter that is weightier, severely damages the reputation of the Ghana Law School and the quality of persons who administer the law school and the processes through which others become lawyers and subject to the disciplinary procedures of the same General Legal Council.

This in my view, are more grievous and weightier matters when compared to earlier decisions taken by the General Legal Council leading to the removal of other lawyers from the Roll of Lawyers.

Further, as a citizen of Ghana, I find it totally reprehensible that while the Ghana School of Law subjects thousands of otherwise qualified Ghanaian law degree holders to all manner of demeaning treatments and denies them admission after examinations have been passed and interviews done, the leaders of the same institution would use the back-door to secretly and illegally admit children of their cronies who either failed the so-called entrance examination or did not even take the examination at all.

This is criminal and the ring-leader of the fraud, Maxwell Opoku-Agyemang and his accomplices are not fit to remain on the Roll of Lawyers in Ghana.

Accordingly, I expect the Honourable Chief Justice who is a stickler to the rules and a crusader for discipline and good conduct in the legal profession, to do the needful as a matter of urgency.

I have also petitioned the General Council of the Ghana Bar Association to expel Maxwell Opoku-Agyemang and his accomplices from their noble Association as members for bringing the name of the legal profession into disrepute.

I have also delivered a petition to the Inspector General of Police to arrest Mr. Maxwell Opoku-Agyemang and his accomplices for fraud and forgery of official documents for admission. I await the actions of the Inspector General of Police who has made it public that he intends to clean up the Police administration in Ghana and ensure equality of treatment of all before the law.

Finally, I have also invoked the jurisdiction of the Commission on Human Rights and Administrative Justice (CHRAJ) to investigate Maxwell Opoku-Agyemang and his accomplices for corruption, and abuse of office as public officers.

The Petitioner, Korsi Senyo is an investigative journalist and a very concerned citizen of Ghana.