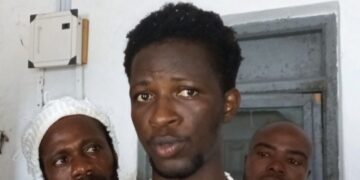 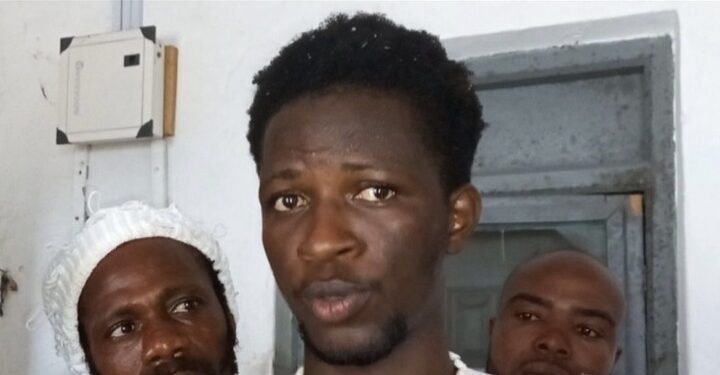 A 29-year-old Barnabas Ahialey who is also known as ‘CBwoy Majik’ has embarked on what he calls the ‘Ancestors Walk’ in honour of forefathers of the Anlo land.

According to Jessica Sedem who filed the report for Awake News said Mr. Ahialey who is also noted for his long walks has decided to embark on the historic walk to remind the citizens of the Anlo land of how their forefathers transported themselves to Ghana.

The 50-kilometre journey from Dzodze to Anloga took Mr. Ahialey only 8 hours instead of almost 12 hours.

The sculptor, fashion designer and musician said the meaning of the festival –Hogbetsotso –is the historic journey their forefathers took from Sudan through Mali to Ille Ife, Benin before finally settling in Ghana.

The Dzodze Adagbledu indigene after arriving at Anloga, paid a courtesy call on the Anlo Traditional Council and delivered the message he brought them.

The entire Anloga township was in a frenzy when he arrived as the young and old, male and female all followed him to the chief’s palace.

“I’m on a mission which I named the ancestors walk. It’s actually a walk that I’m doing to honour our forefathers –who actually walked all the way from Sudan to Mali to Ille Ife, Nigeria back to Dahomey, the place that we are calling Benin today. But they were not okay there so they had to move to Notse, inside Togo. Then we were told we were under the rule of King Agorkorli and due to one or two things, they had to move from Notse again and basically that’s the essence of the Hogbe festival.”

Mr. Ahialey is noted for such historic walks. Early this year, he had walked from Sogakofe to Accra – a journey which he took him hours after having experienced severe hunger and got his feet swollen but many did not believed he indeed was able to accomplished the said journey.

This made the person could best be nicknamed Barnabas Ahialey ‘Walker’ to walk from Sogakofe to Dzodze for the 2022 DeZa.

For the accomplished walker, his next expedition is to walk from Ghana to Ile Efe in  Nigeria where his forefathers migrated from to Benin, Togo and now Ghana in just three days.

“Don’t wait until you’re discovered; get yourself discovered” – Jessica Sedem