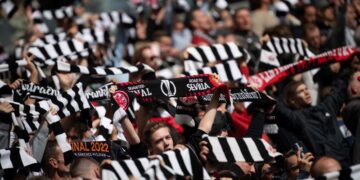 by Awake News
in European Football
A A
0 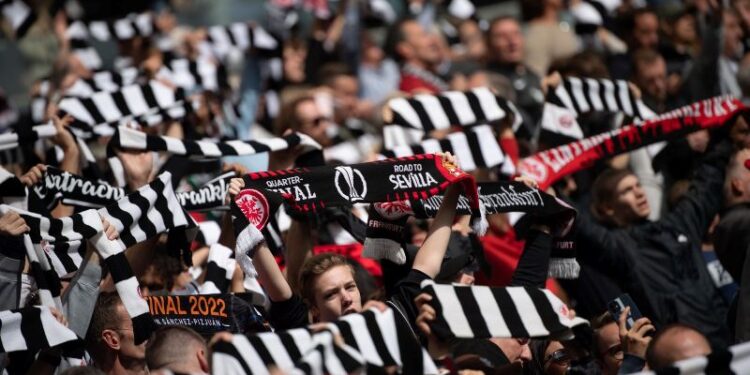 Europa League champions Eintracht Frankfurt have welcomed new 30,000 members over the past year for an overall number of more than 120,000.

Frankfurt said on Friday it was the biggest growth over 12 months in club history, and that 10% of their members were not just fans but active in the more than 50 sports the club offers.

“The year 2022 was historic on many levels. In the spring, we celebrated 100,000 members, and now we are already at 120,000 – that is unbelievable and a great Christmas present for me as president,” Frankfurt president Peter Fischer said.

“Of course, professional football is our driving force and many people join the fan and supporters’ section. But I am particularly proud that we are also seeing a constant increase in active sport, because that is our foundation as a sports club.”

Frankfurt won the Europa League in May, their biggest success since the UEFA Cup title in 1980. That led them into the Champions League where they got through the group stage and face Italian league leaders Napoli in the last 16.