When was the last time you heard them belch their munch vaunted cliche, ‘Go to Court’? Ordinary, the New Patriotic Party, as the first political party in the history of the Fourth Republic to have stood behind three of its kingpins to file a presidential election petition at the Supreme Court and lost by a slim margin 5-4 majority decision, should applaud and welcome decision by anybody to walk in its shadows by taking the same action.

Having lost the 2012 election petition, the NPP should be happy that those who won that case are now going to face the same court that rejected their arguments some eight years ago. In fact, the NPP should be claiming victory ahead of time and not be perturbed about any threat of legal suit challenging the validity of President Akufo Addo.

Strangely, the story in the NPP camp is different. The mood in the camp of the elephant fraternity is that of fear and uncertainty. The demeanor of their leaders, including President Akufo Addo, speaks volume. Some may not understand why the NPP would be overly worried about a yet to filed election petition when it is on record that President Akufo Addo has ‘stocked’ the judiciary, especially the Apex court, with loyalists. But President Akufo Addo and the NPP have every legitimate reason to be worried about the world of uncertainty that the NDC intends to put them. No reasonable person foreseeing the dark clouds ahead of President Akufo Addo’s presidency will dress in all white and joyously sing and dance to ‘oye… oye…oye’. A ‘by force’ kind of fake smiles like we saw at the forecourt of the State House would be your portion if you attempt it. There is a ‘genuine’ reason why the NPP is not happy and this piece will explore it.

Reading the 588 page of the judgment of the Supreme Court in respect of the 2012 election petition, and what has happened to the SC in terms of its composition, one can understand why the NPP is not happy with NDC’s planned action. Of the claims, the NPP made based on which they wanted 3,931,339 votes annulled for Akufo Addo to be declared the winner of the 2012 elections, three of them were critical and will ‘probably’, not certain though, come up again in the NDC’s intended action – over voting, absence of presiding officers signature on pink sheets, and voting without biometric verification.

The interesting thing, which of course is the NPP’s headache, is that, of the 5 Justices of the Supreme Court who dismissed the NPP’s claims and upheld President Mahama’s victory, four of them have since retired. They are Justice William Atuguba, Justice Sule Gbadegbe, Justice Sophia Adinyira, and Justice Rose Owusu. On the minority side, ie those who agreed with NPP on their claims, Justice Rose Owusu is the only one who has retired.
This means that Justice Anim Yeboah, now Chief Justice, and Justice Julius Ansah who agreed with the NPP that if there was over-voting, absence of presiding officers signature on pink sheets, and voting without biometric verification in any election, votes from the affected polling stations should be annulled and the election rerun in those areas are still with the Supreme Court. What it then means is that assuming the NDC mounts a similar argument at the Supreme Court and Justice Anim Yeboah and Julius Ansah are members of the panel, the NPP must convince these two Justices why they must depart from their 2012 decision and reject the NDC’s claim. These Justices, mind you, have the integrity to protect and must be seen consistent with their jurisprudence and would not just side with the NPP because they appointed them as some have argued. That is also not to say that a Justice of the Supreme Court cannot depart from his/her own decision.

Justices Dotse and Paul Baffoe-Bonnie were the only two Justices who had varying opinions on the issues before the court in 2012. For instance, Justice Dotse ruled in 2012 in favor of the NPP that areas affected with over voting and non-signing of pink sheets should be annulled and election rerun in those areas but was not impressed with the argument of voting without biometric verification, therefore dismissed it. Justice Baffoe-Bonnie, on the other hand, upheld the petitioner’s claim of voting without biometric verification but voted against the claims of over-voting and non-signing of pink sheets.

All things being equal, if these judges should stick to their 2012 reasoning and be guided by their conscience and integrity, then the NPP has every reason to be worried about an election petition along the same or similar lines challenging the validity of President Akufo Addo. Though the selection of judges to hear a case is the sole right of the Chief Justice, and in fact, he determines who should be part of the panel, I would be extremely surprised a panel to hear election petition in 2020 will be without ‘senior’ and experienced ones like Justices Jones Dotse, Julius Ansah, Baffoe-Bonnie and the Chief Justice, Anim Yeboah himself.

The legal team of the NPP, in this case, Nana Akufo Addo, has an uphill task to convince these Justices to change their ‘mouths’. The NDC legal team will just ‘replay’ exactly what these Justices said in 2012 about similar claims and the whole world will be watching them see if they will ‘eat their own vomit’. As I said, the basic arithmetic rule is that 1+1 is 2 and not 3. Let’s see which judge will agree with Jean Mensah, Bossman Asare, and NPP that 1+1 is 3. If for nothing at all, the Justice Prof Henrietta Mensah Bonsu and Justice Mrs. M A Dordzie I know will not agree that 1+1 is 3.

NB: I take full responsibility for all views expressed therein and the typos as well. 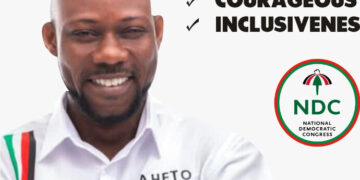