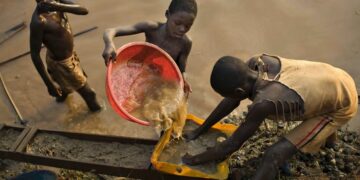 Children risking their lives for gold – SilverStag of Ghana

Children risking their lives for gold – SilverStag of Ghana

by Efo Korsi Senyo | Executive Editor
in Mining
A A
0 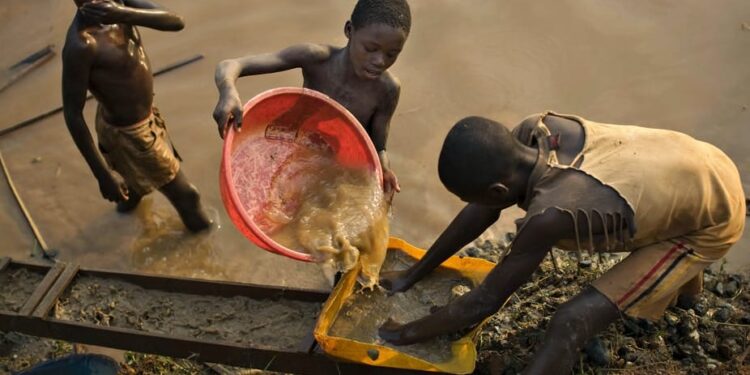 Agyapa deal shall be resurrected and brought back – Akufo-Addo

Stop Galamsey petition by Allua Vaah gets over 2,600 signatures

The fight against illegal mining (galamsey) in the country is getting intense, and has become the topic on the lips of everyone, with the media fully armed to expose the dangers associated with the activity, in the hope of saving lives and restoring our lands and water bodies.

As part of its mission to see child labour and trafficking come to an end, and to promote quality education and good health, SilverStag of Ghana, a Non-Governmental Organization (NGO), has joined in the fight against illegal mining which leads to children being employed as labourers instead of being in school.

It has become very necessary to preserve our natural resources but most importantly, to save lives in the mining communities where these activities are prevalent.

Research shows that Asiwa, Beposo, and Peminase are a few rural mining communities in the Ashanti region where the galamsey activity has enticed children and as a result, they have abandoned their education to earn a living, while some schools at Akwasikrom and Donkorkrom in the Western region which used to have a student population of about 150 has now reduced to 80 students.

As of Friday, 14th October, 2022 reports from a school (which did not want their name mentioned due to not being supported by the chiefs and police) at Peminase in the Ashanti region showed that out of 30 pupils, only 12 have been consistent in attending class while the rest are on the mining field, while some of the teachers registered their worries over whether the pupils will be able to sit for the Basic Education Certificate Examination (B.E.C.E) which will commence on Monday 17th October, 2022.

It is not surprising then that these school children who have lived their lives in poverty have lost the motivation to be educated when their daily wages range between 100 cedis and 700 cedis, which is more than what their teachers earn in a day. Others are not under the control and authority of their parents anymore because they have become the breadwinners in the family and their parents are dependent on them for their livelihoods.

These children, some as young as nine (9) years risk their lives and also their childhood on a daily basis for gold. One of such pupils who was interviewed said he left school at the age of nine (9) years to join in the illegal mining/child labour for four (4) years. He is currently back to school at age thirteen (13) because he witnessed the death of his uncle during one illegal mining operation which caused him to retrace his steps back to the classroom. He aspires to become a lawyer someday.

How many more deaths should these children witness during these operations to force them to leave? What if they fall victim instead? What long-term measures and solutions are being employed to salvage the situation and secure the future of these children? These are but a few questions that need to be addressed.

It is obvious that the quest to have a better life and food to eat every day is the reason young people engage in illegal mining at the expense of their education and their lives, which in the end causes them to lose out on their childhood development and opportunities. Air and soil pollution through the release of toxic chemicals, deforestation, and contaminated water are some of the adverse effects of this illegal mining going on in rural communities.

The Executive Director, SilverStag of Ghana, Mr. Bernard Nana Yaw Bediako-Nayo, says that the government is reluctant in fighting illegal mining in the country because most of the appointees are involved in the same; for instance the CEO of Akonta Mining who is the party chairman of the ruling government in the Ashanti Region, the DCE of Bosome Freho who was suspended for his involvement in illegal mining. It is unfortunate that the chiefs who are primary landowners and are supposed to be custodians of the communities are also involved in illegal mining to the detriment of the people.

To minimize this canker;

It is important that thought is given to the protection of children and attention to their education as a step in the right direction, and the first step in doing that is by considering the above-listed recommendations. 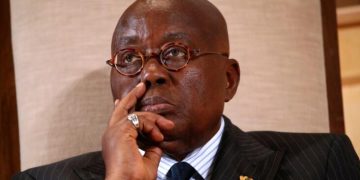 So, who in the Flagstaff House sent Jinapor to tell Otumfour not to speak his mind? 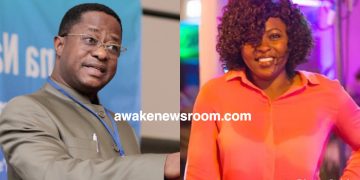 4years on still galamsey, dumsor: so what did Messiah Akufo-Addo do in his first term? – Dr. Lawrence asks 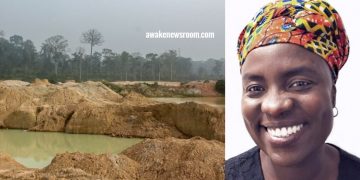 Stop Galamsey petition by Allua Vaah gets over 2,600 signatures