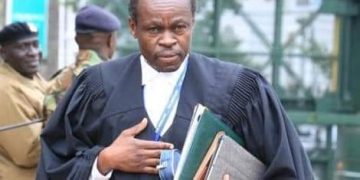 by Efo Korsi Senyo | Executive Editor
in People
A A
0 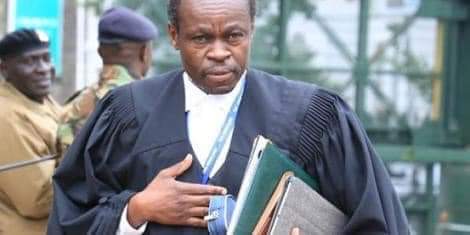 He is an Advocate of the High Courts of Kenya and Tanganyika and a Certified Mediator. He is a Fellow of the Institute of Certified Public Secretaries of Kenya FCPS (K), a Fellow of the Kenya Institute of Management (FKIM) and Honorary Fellow of the African Academy of Sciences (FAAS). He is the Chairman of Farafina Investment Group in Monrovia, Liberia and Economic Strategic Growth and Development Initiative for Africa based in Nigeria. is the immediate former director and Chief Executive Officer of the Kenya School of Law, a former Secretary of the Constitution of Kenya Review Commission and a former Director of the defunct Kenya Anti-Corruption Commission (KACC), (Now Ethics and Anti Corruption Commission ( EACC)).

He is the Founding Trustee of the African Institute for Leaders and Leadership (AILL) and founding Constitution of Kenya 2010 An introductory commentary with Dr. Luis Franceschi, He has also co-authored several books on Ethics. His non-legal books include; Swearing by Kenya. , A Call for Political Hygiene in Kenya, The Searching Soul, Sanitizing Kenyan Politics, Mhh Africa! (Kiswahili), Ango Marach (Lu0) and Watim Ango (Luo). He has also co-authored thirteen (13) other Books on Integrity as School Series. He has recently ventured into fiction with his book STOLEN MOMENTS. In 2004, he received commendation from the Kenya Scouts Association for service to the Society. In 2011, Bishop Okullu of College of Theology of Great Lakes University of Kisumu awarded him. the order of St. Pauls the Apostle for restoration of Good governance and right values ​​in Society.

In 2012 the East African Association of Anti-Corruption Authorities recognized him for valuable and exemplary Contribution in the fight against corruption. He has been named and recognized by the International Commission of Jurists (Kenya Section) and the Law Society of Kenya for his exemplary contribution to the legal profession. He was recognized by the Kenya-USA Association for the Martin Luther King Jnr., Leadership Award in 1996 and was the recipient of the 2008 Martin Luther King Africa Salute to Greatness Award by the Martin Luther King Jr. Africa Foundation. He has also been included in the Marquis Who’s Who Who in the World and is the Distinguished Mwalimu Julius Nyerere Lecturer at the University of Dares Salaam.