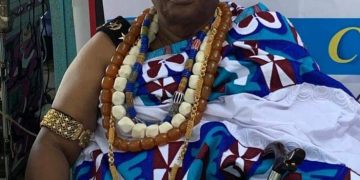 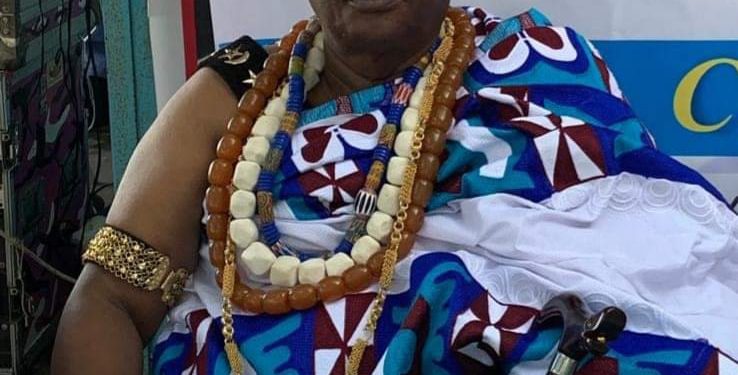 It would be recalled that on September 23, 2021 the Church of Pentecost inaugurated a 13-member Chieftaincy Ministry to provide chaplaincy services to Chiefs, Queen mothers and Royals in Ghana. At that historic ceremony, Apostle Eric Nyamekye, Chairman of the Church of Pentecost affirmed that the Chieftaincy Institution is the soul of the nation and a major cultural heritage that has over centuries successfully provided scope for a well-coordinated leadership for our Ghanaian society, especially at the community level.

How right is Apostle Nyamekye on this very score! Indeed, since time immemorial indigenous knowledge systems and taboos have been used by African societies and the rest of the world as the basis for the sustenance of biodiversity and all life forms. The Ban on Drumming and noisemaking is part of Ghana’s rich cultural heritage which is observed as part of the Festival celebration among ethnic groups in the Western, Eastern and Ashanti Regions of Ghana. Two typical such bans on drumming, noise-making (including a curfew) and all other social, religious and political activities associated with noise-making were observed in the Ashanti Region and the New Juaben Traditional Area for the funerals of Nana Afia Kobi Serwaa Ampen II, Asantehenmaa in 2006 and that of the Omanhene of New Juaben Daasebre Oti Boateng and his Queen Mother Nana Yaa Daani from 18th April to 18th May, 2022.

Just as Christians and Moslems mark their Lent, Ramadan and other fasting in peace and tranquility, the prelate of the Ga State also marks Homowo with an extended period of fasting, meditation and prayers for abundant rainfall, bounty harvest and continues peace and stability for Ghana. The Ga Traditional Authorities equally demand respect for its culture and traditions nothing more and nothing less.

It is therefore laughable to hear some Elders of the Church of Pentecost protesting that the Ban on Drumming and Noisemaking is an infringement on their human and constitutional rights.

How come drumming and noisemaking have now become a human rights issue to the Church when the very Church had previously condemned and outlawed traditional music and drumming as well as the Kente Cloth and Jumper as being “heathen” and “pagan” leading to the ex-communication of Tata Amu the legendary ethnomusicologist from the Church? What has changed now?

Much as I agree that every person in Ghana has the constitutional right to own property plus the right to quiet enjoyment of that property, I will also like to advert attention to the injunctive clause in every land transaction which imposes on Lessees the obligation “not to allow in or about the demised land or any part thereof anything which may be or become a nuisance damage or annoyance to the LESSOR or any owner or occupier of the adjacent property!” This injunctive clause is fortified by the 1992 Constitution which guarantees the fundamental human rights of every person found in Ghana subject to the respect of the rights and freedoms of others and for the public good.

Therefore, I dare say that the decision to disturb the quiet enjoyment of the environment by excessive drumming and noisemaking is a criminal matter and not a human and constitutional rights issue at all.

1. No person shall play recorded music in public, and now proprietor of a nightclub, restaurant, drinking bar, or another place of refreshment, shall play any music so loudly as to cause disturbance or nuisance to residents in the area.

2. No person conducting a religious service shall play any music or allow any music to be played at the service, so loudly as to cause disturbances.

3. Music played in a religious institution must be heard only within the confines of the institution, and that a person conducting a religious service where music is to be played before 6:00 00 p.m. shall seek permission from the Local Assembly”?

Residents in Accra are dying slowly from the excessive Noise pollution by the Church with impunity! The excessive noise blasts by the Church are the cause of hearing impairment, hypertension, ischemic heart disease, annoyance, sleep disturbance, and other cardiovascular impacts being suffered by the residents of Accra and beyond.

What happened to the annual consultative meetings between the Accra Metropolitan Authority, the Ga Traditional Council and the Church before the announcement of the Annual Ban on drumming and noisemaking in the Accra Metropolis? What happened to the joint AMA personnel, the Ghana Police Service and Ga Traditional Council Representatives Task Force [with TAGS] for the monitoring and enforcement of the Ban?

While commending the Church of Pentecost for its several progressive and human-centered social intervention and livelihood projects in Education, Health infrastructure, Medial Outreach, School Infrastructure, Bakery Irrigation, Community Safe Water Irrigation, Police posts, School and Community Libraries, Pentecost Financial Cooperation Projects (PENCO) etc., I wish to caution that the current impasse with the Ga Traditional Authorities over the annual ban on drumming and noisemaking tends to gravely overshadow the good work of the Church. The Church hierarchy must do something urgent about this to salvage its image.

I end this piece with an exhortation to the leadership of all religious bodies and organizations to reflect on the admonishment by Pope John Paul II when he met with Representatives of the Cults of Benin on Thursday, 3rd February 1993:
“Remember that it is the climate of respect for the liberty of everybody that the inter-religious dialogue can develop and yield its fruit”. 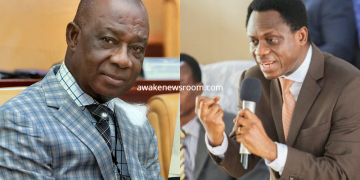